Yesterday afternoon we took our flight from Zhengzhou to Guangzhou, which is in the southern part of China.

This morning, we had to take all of the children for medical exams. 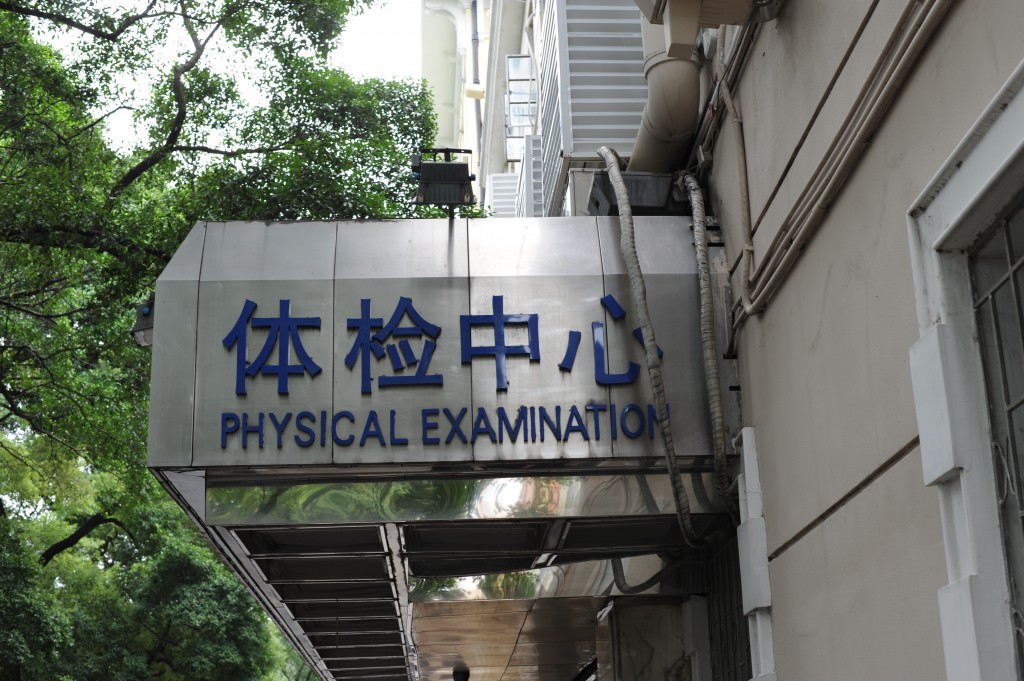 These exams are a formality, and by no means were they thorough. For most people, it was a cursory look over and then some signatures. We waited in a very long, hot line for a while, and then it was our turn. It was a very small space, so Jeff waited with Z in the waiting room. They read over some of Hannah’s medical reports and then tried to listen to her heart. At first there was a doctor and a nurse. They both attempted to listen to her chest, while she screamed. Then they called in another doctor who tried to listen to her. They then all had a conversation, and seemed to come to some agreement. Then they said, “come with us please”. 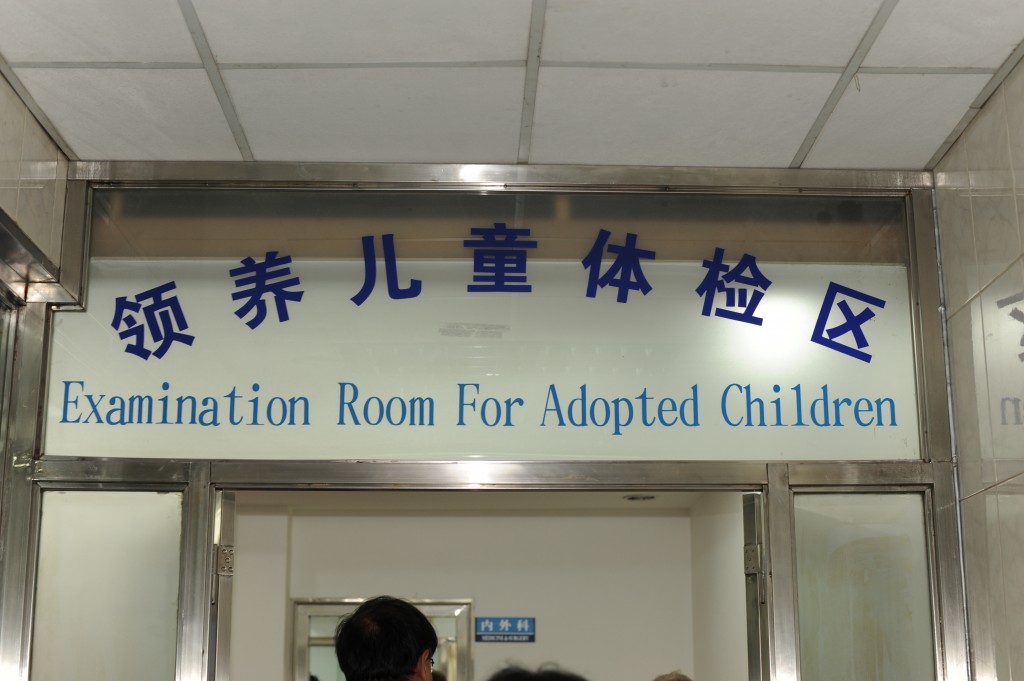 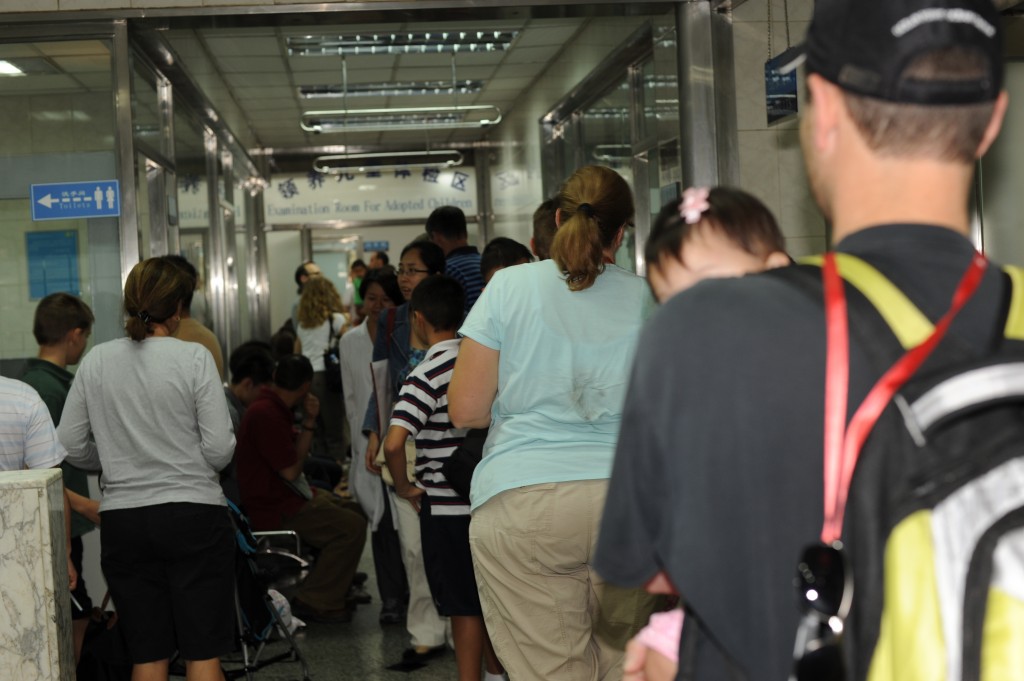 Let me tell you, I was terrified. I couldn’t understand what they were saying, but it appeared that her heart did not sound like they thought it should. I called for Jeff, and they led us to another room where there were another 3 doctors. Hannah now had at least 4 people trying to listen to her chest while they quickly talked among each other.

I was shaking by that point. It was horrible not knowing what they were saying about my baby. And let there be no mistake; she is absolutely, totally, and fully my daughter. The fear that was in me today was the fear of a mother. No question.

Finally they told me that they could still hear a heart murmur. They asked about her eating and activity level, which are both great, and then said that she seems good, but to have her followed up by a cardiologist at home. (That was our plan anyway). It was a bit of a wake up call. We are assuming everything went well with Hannah’s heart repair, but we won’t know that until we get home. Our friend who is fluent in Chinese was later able to tell us that most likely they just kept calling people over to hear Hannah’s heart because they don’t see many children who have had Tetralogy of Fallot, and they were curious. Arg.

The rest of our day was wonderful. We explored Shamian Island, which is very similar to Savannah, GA. There are big trees, cobblestone streets, and fun shops. We had a great time exploring together as a family. 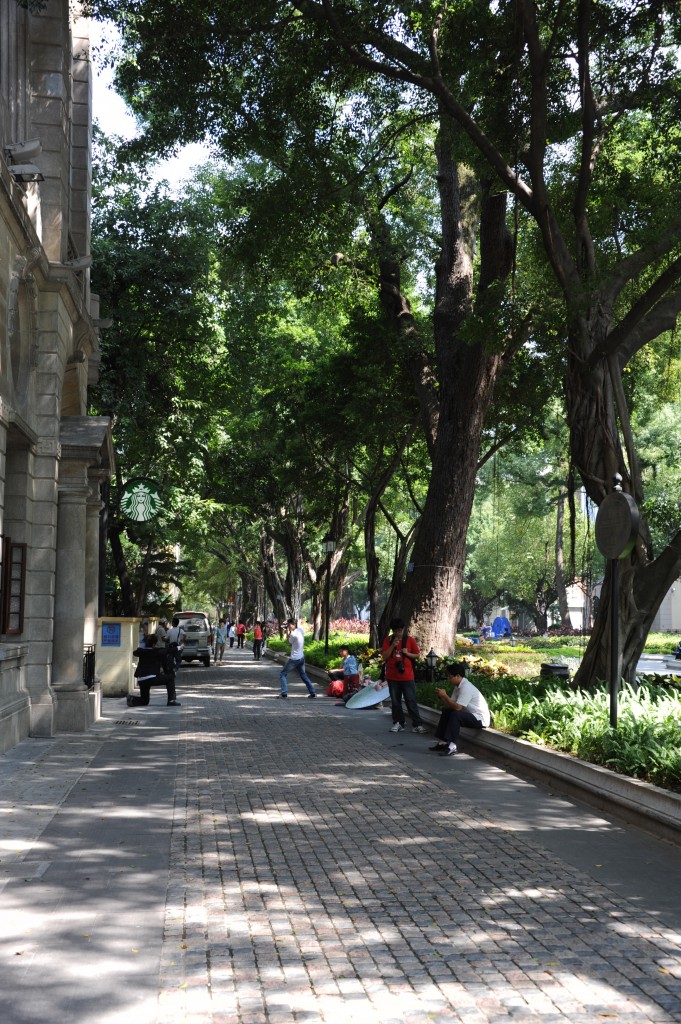 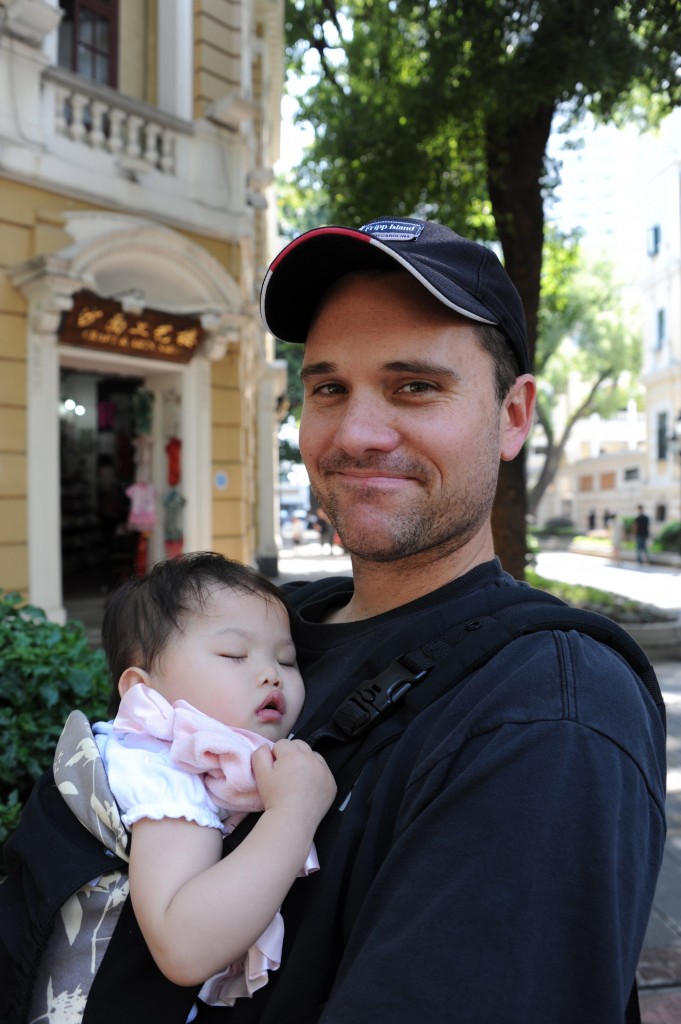 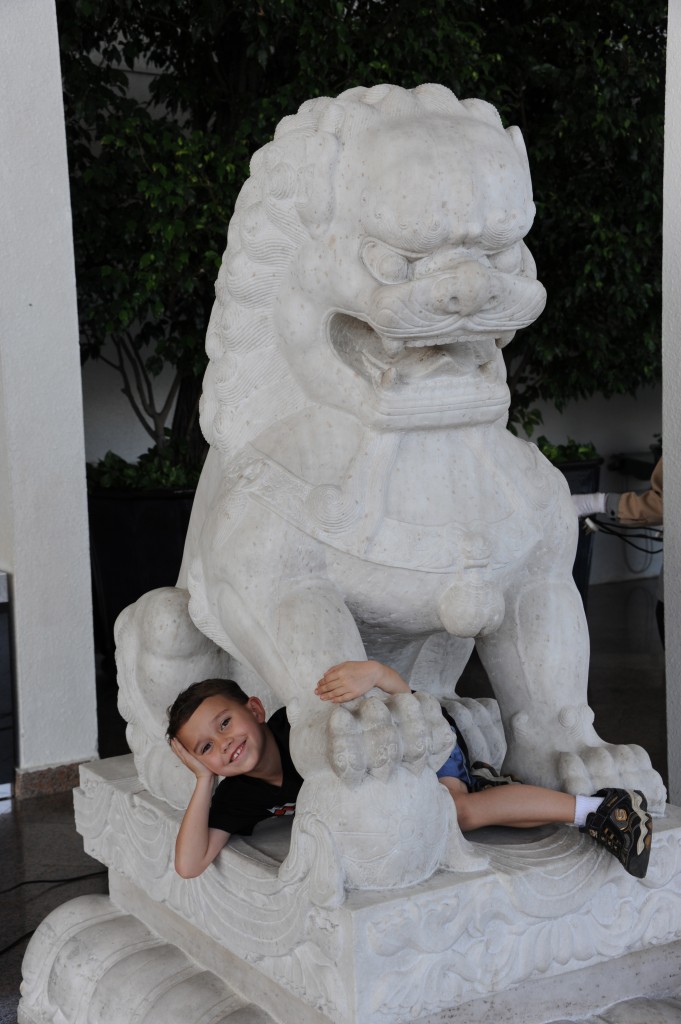 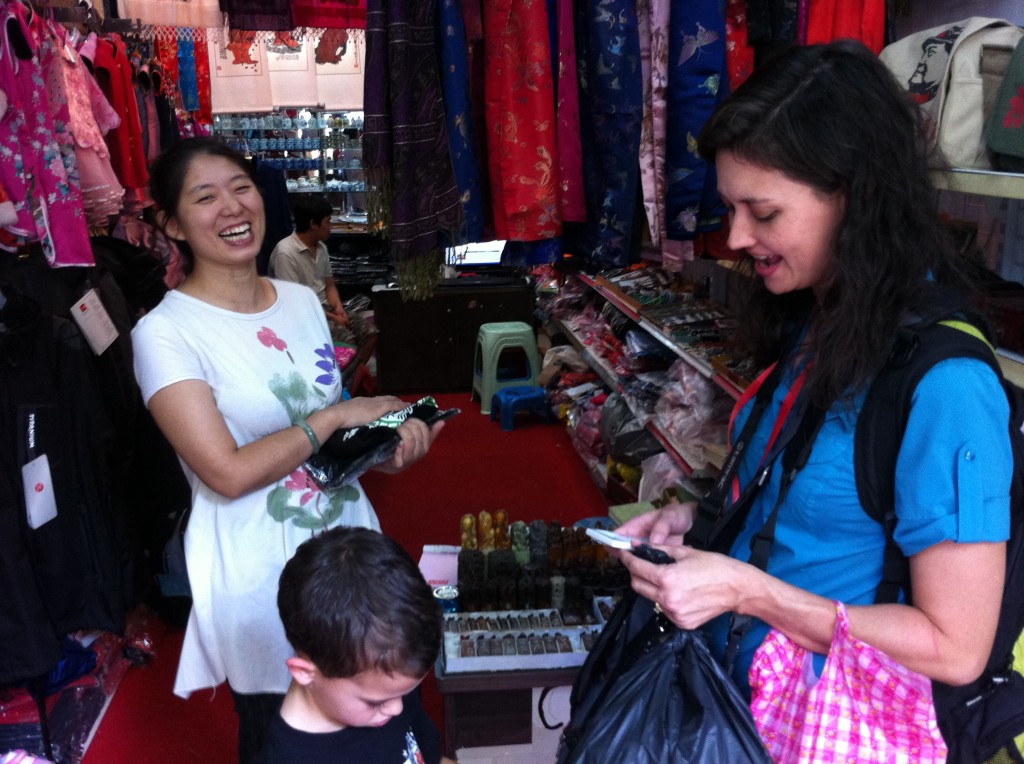 I am even becoming pretty good at haggling (not something I like to do!!).  I carry around my little calculator so I am prepared to negotiate.  One woman said, “Wow, you are tough.  How long have you been here??”.  Ha!

If anyone is coming to Guangzhou any time soon, please visit Jordan’s. Jordan is such a wonderfully kind shop owner, who we had a great time talking to. While we were in there, I even met 2 people that are part of the online community that I have loved during my wait to come to China. She recognized me from my blog. That was so fun! Hello Rumor Queen friends!! 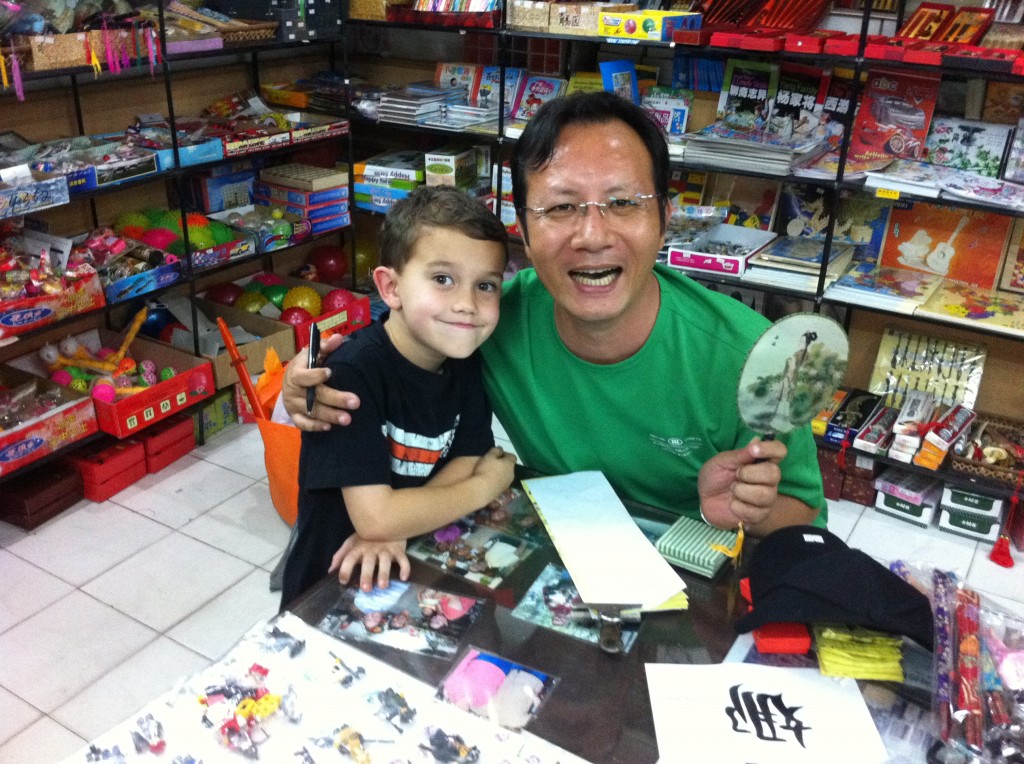 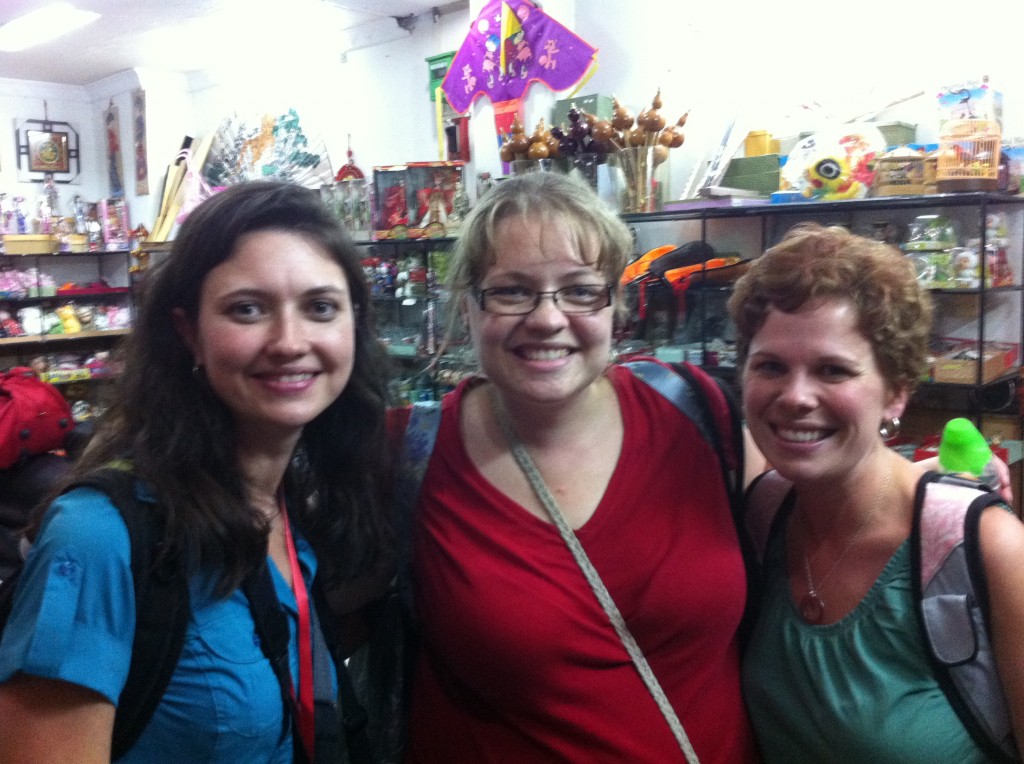 We are just absolutely loving our time in China.  It is hard to believe that we only have 3 more days!