Here I am awake at 2 am. This is moving in the wrong direction!!

We had another fantastic and incredible day yesterday. First, we loaded back on the bus and went to a government run jade factory. We learned a little bit about how important jade is in the traditional Chinese culture. George described it as in America, we have a diamond culture, but in China, it is a stone culture. Traditionally, women would wear their jade jewelry all the time so that their bodies would absorb the beneficial minerals from the jade, and the oils from their bodies would improve the quality of their jade. If a woman had a bracelet that had become shiny and translucent over time, that was a sign that she was very healthy and would make a good wife. 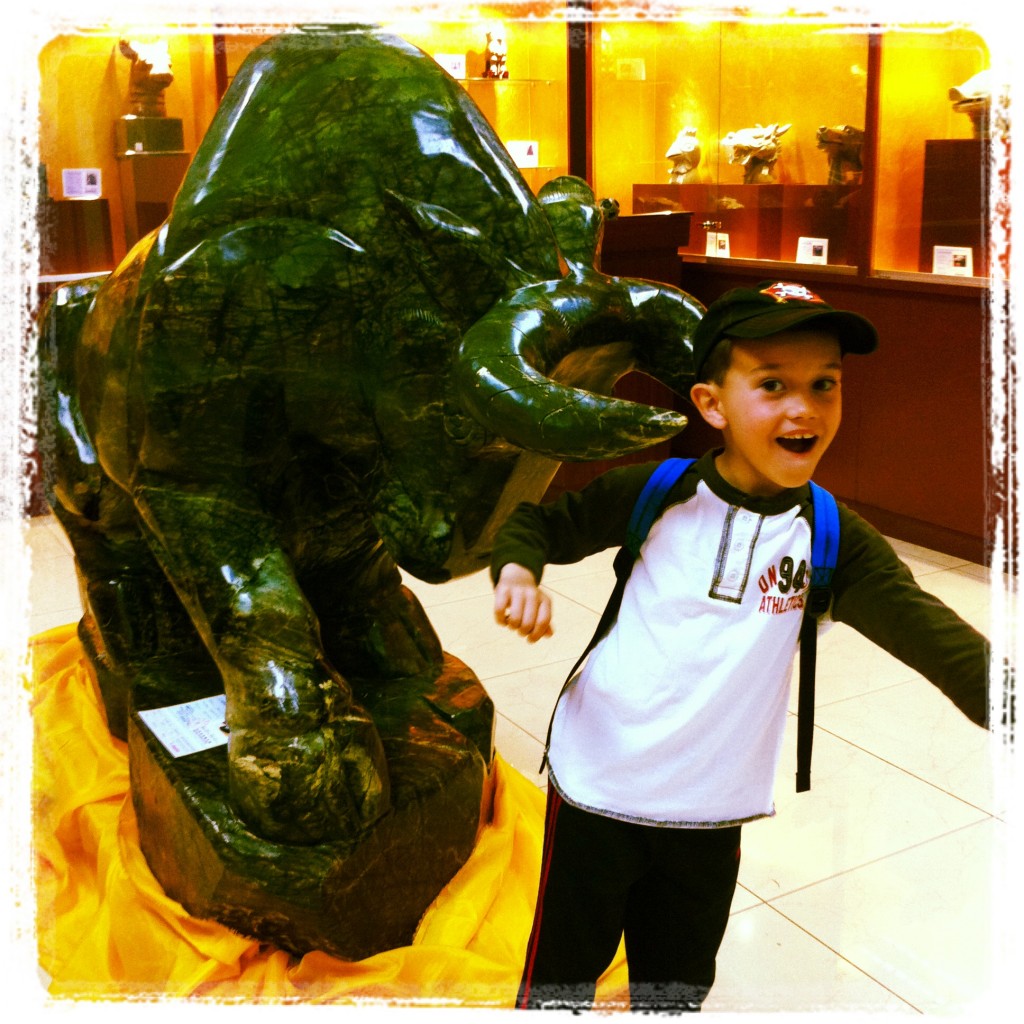 Next, we headed to the Great Wall. It was so exciting to get our first glimpses of the mountains, and then our first views of the wall. When we got off of the bus, we could see mountains and sections of the wall in every direction. We had a limited amount of time, so George showed us where our climbing goal was and we began climbing. When Z got a look at the number of steps that he would have to climb, he was ready to turn around and run back to the bus. Luckily, however, he has become fast friends with another little boy his age, and soon climbing up together became great fun. 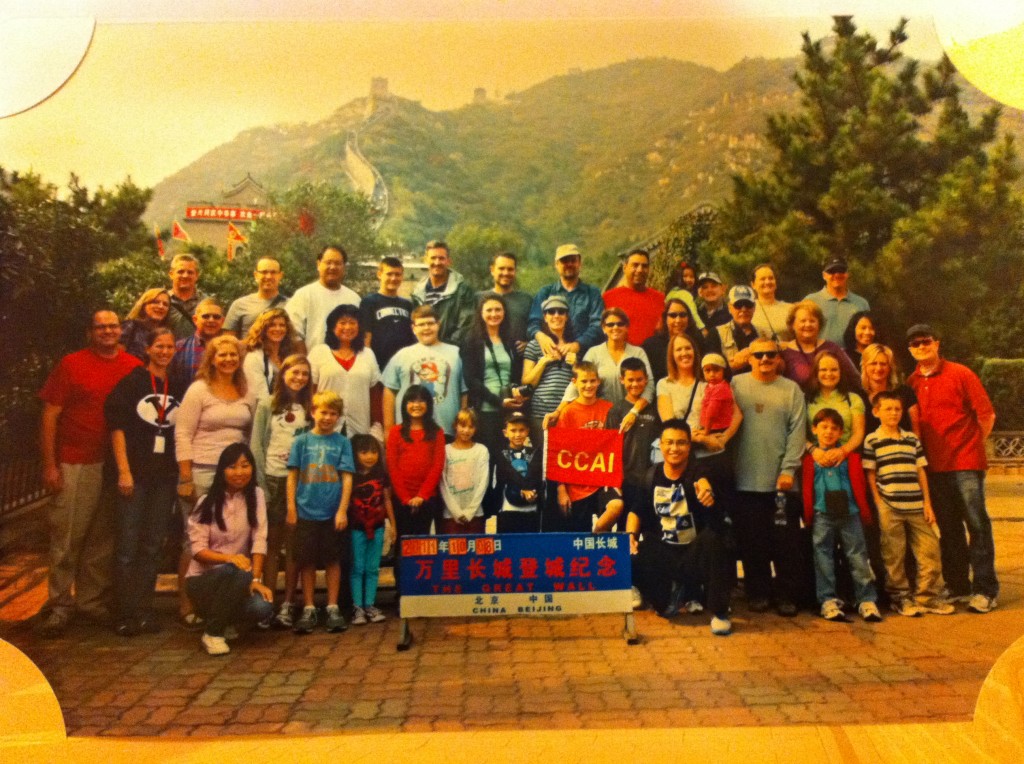 Our entire adoption group about to tackle The Great Wall!

In places, the stairs are very high, and in other places, the stairs are small and short. We all had a great time ascending the stairs and looking around to see how high we were. In a little less than an hour, we made it to our goal. Unfortunately, the air quality in Beijing is very poor. Everwhere you look is just kind of in a thick haze. Even at the site of the great wall, which was a little more than an hour outside of the city, it absolutely obscured the view of the mountains. Still, it didn’t take away from our experience, and it was easy to see how gorgeous everything would look on a clear day. 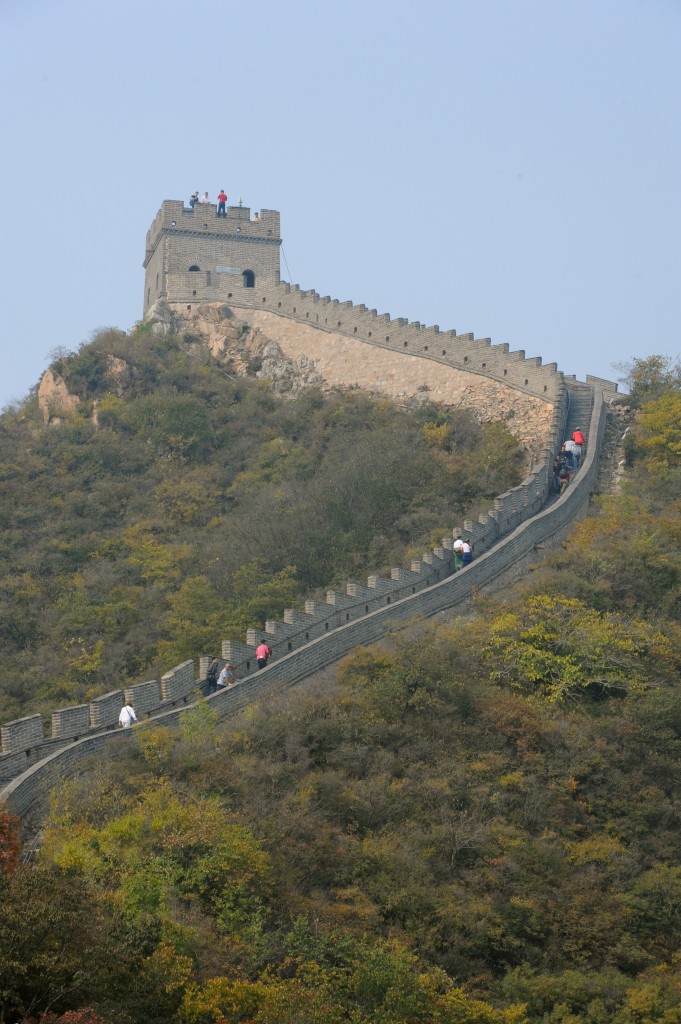 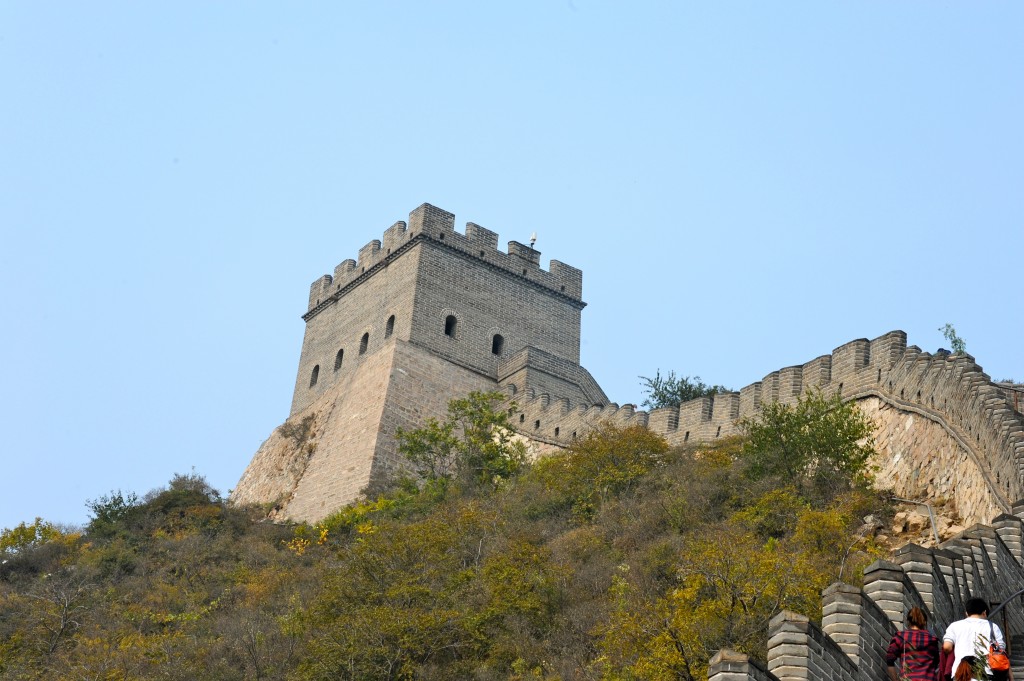 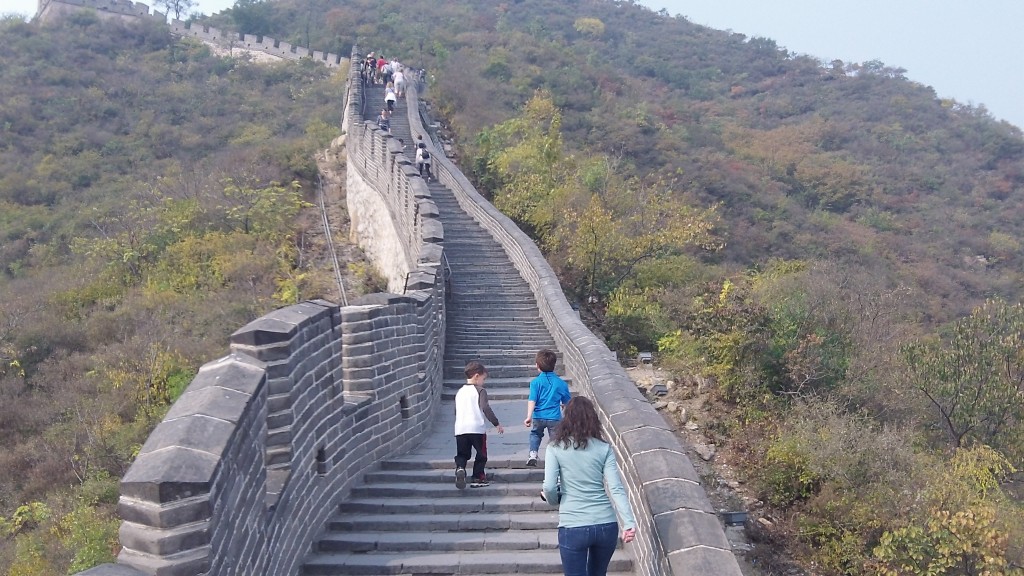 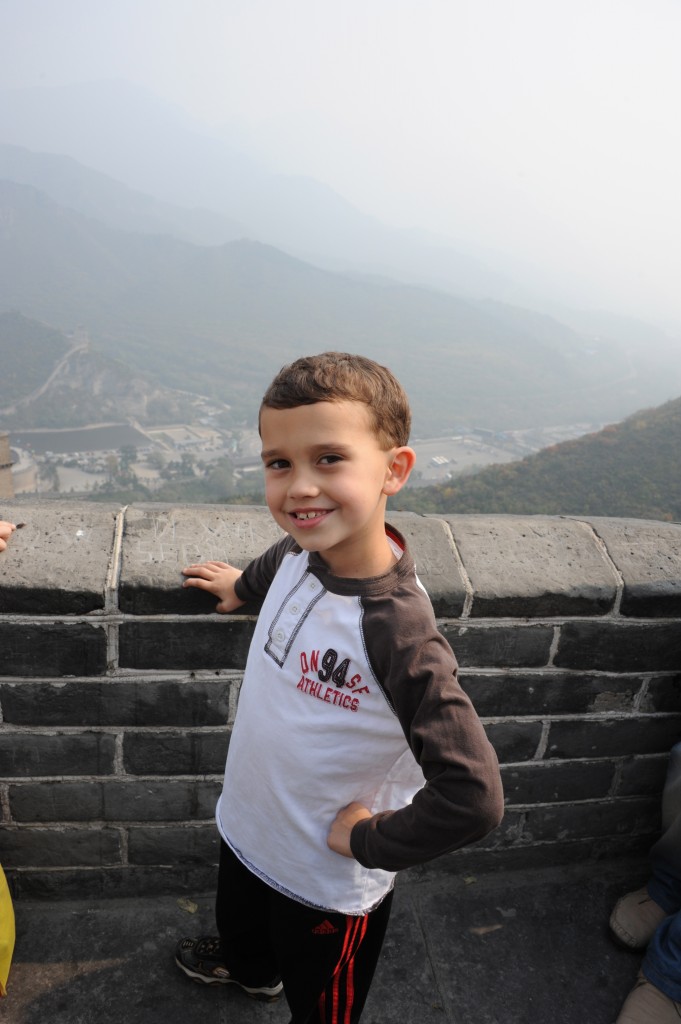 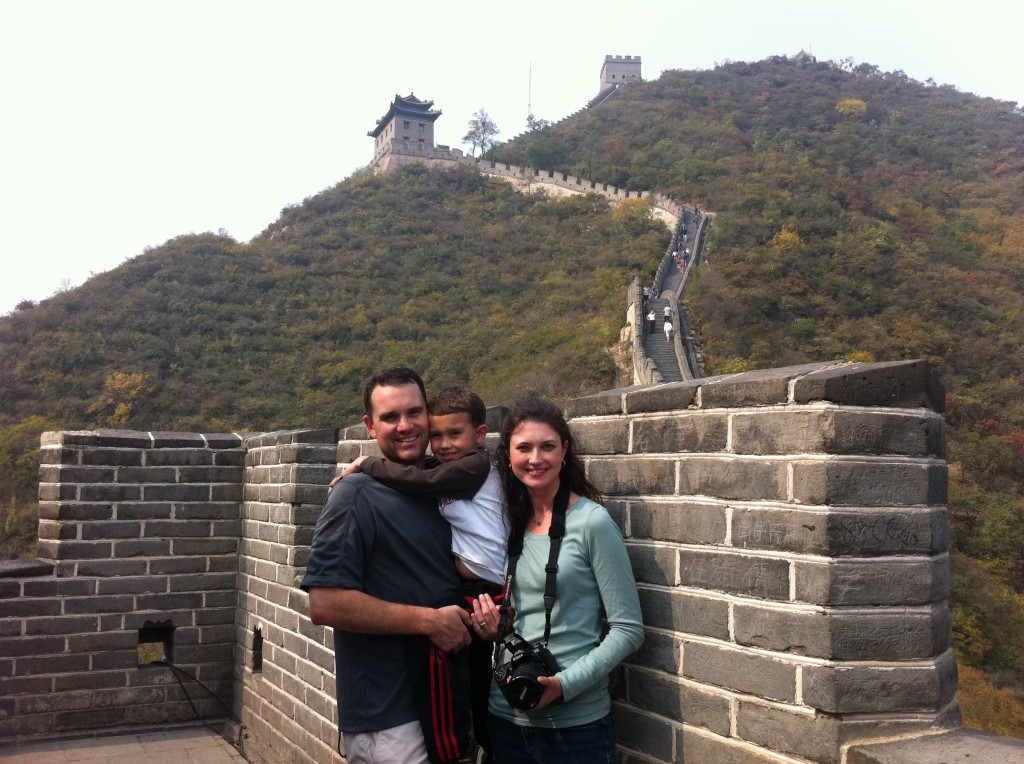 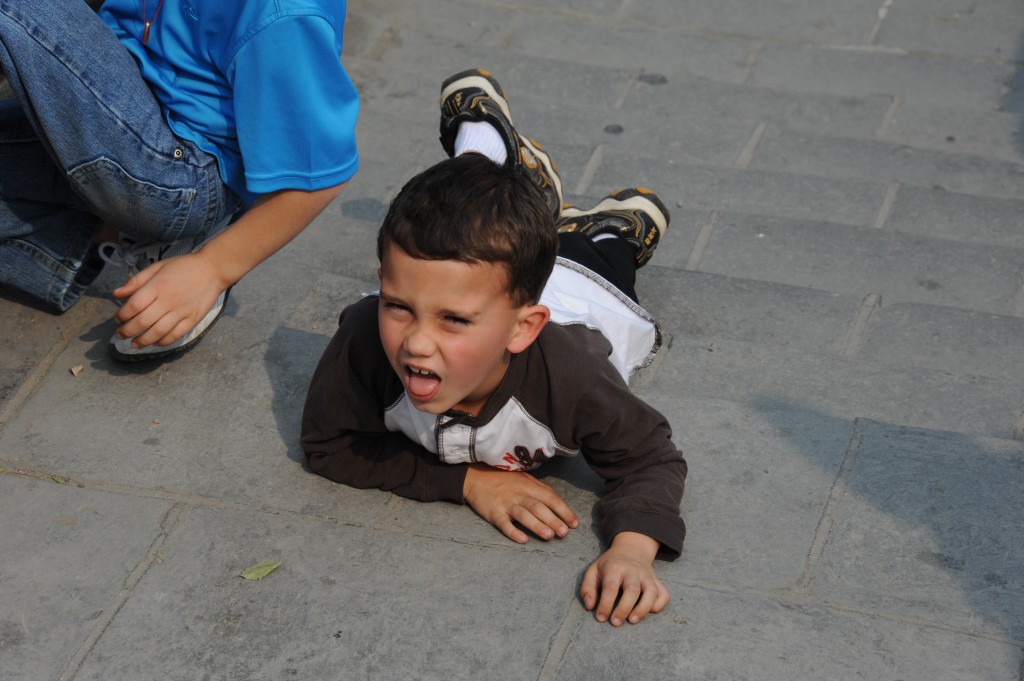 From there, we headed to lunch at another Chinese restaurant. This restaurant was very large, and obviously catered to large groups of tourists. Still, the food was quite good and we had a great time.

On our drive back towards the city, we stopped at a the Olympic Park, where we could see the Bird’s Nest and the Cube. We didn’t have time to go inside, but it was fun to see. 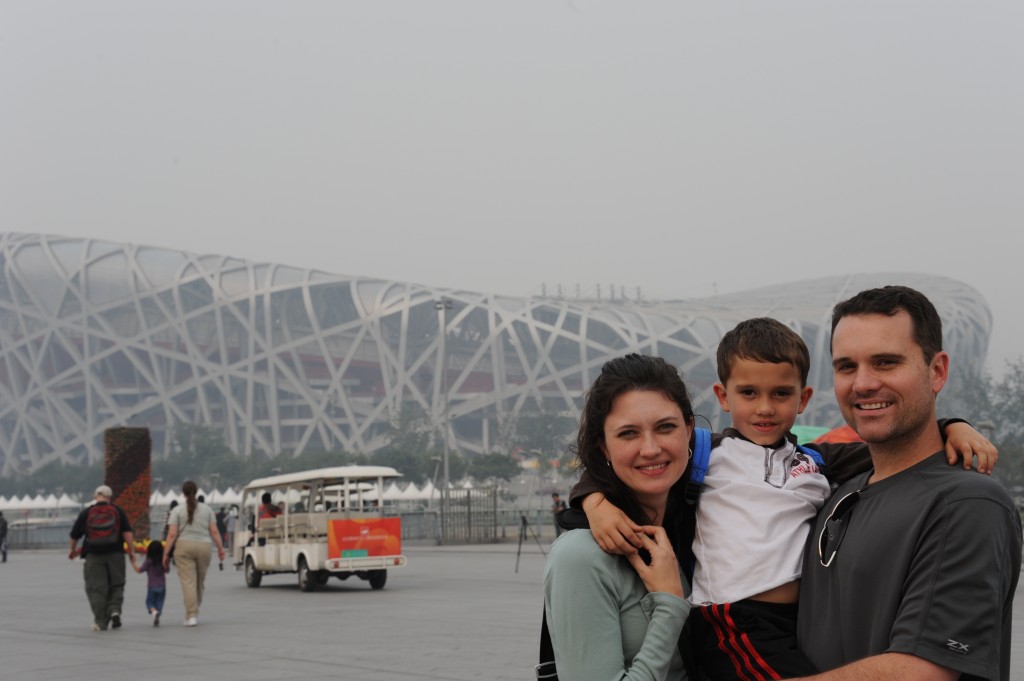 We ended the night by attending an acrobatics show. Parts of the show were similar to things we have seen at Cirque de Soleil, but there were some parts that were entirely new. Z was wiped out and slept through the whole thing. I hated that for him, because I think he would have really enjoyed seeing women balance themselves on a pole by their mouths, ten women on a bicycle, and 5 motorcycles in a cage. 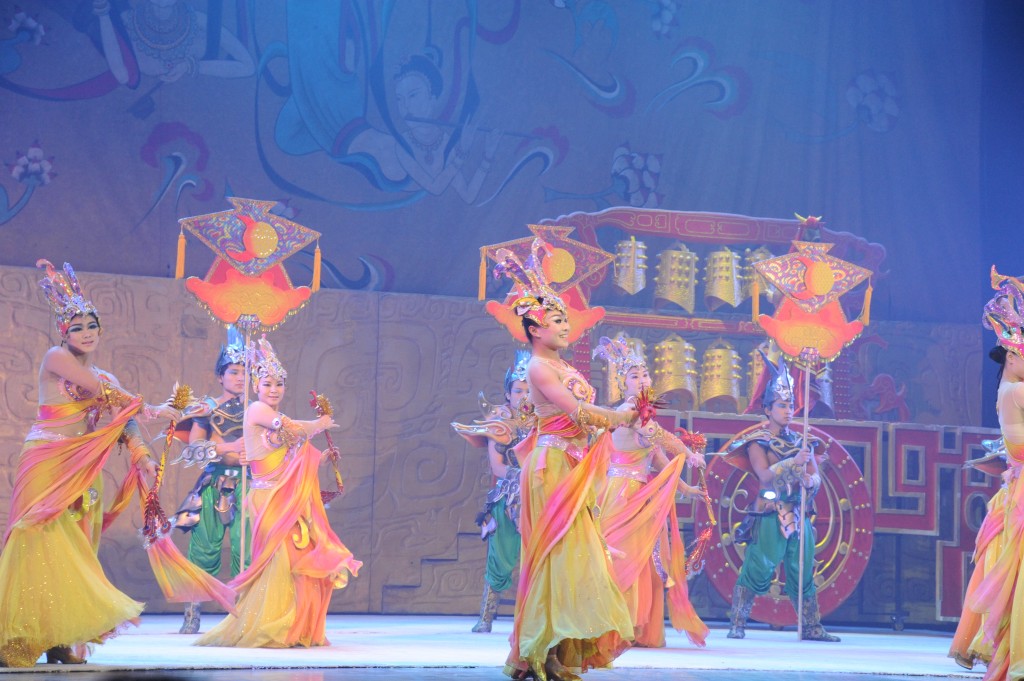 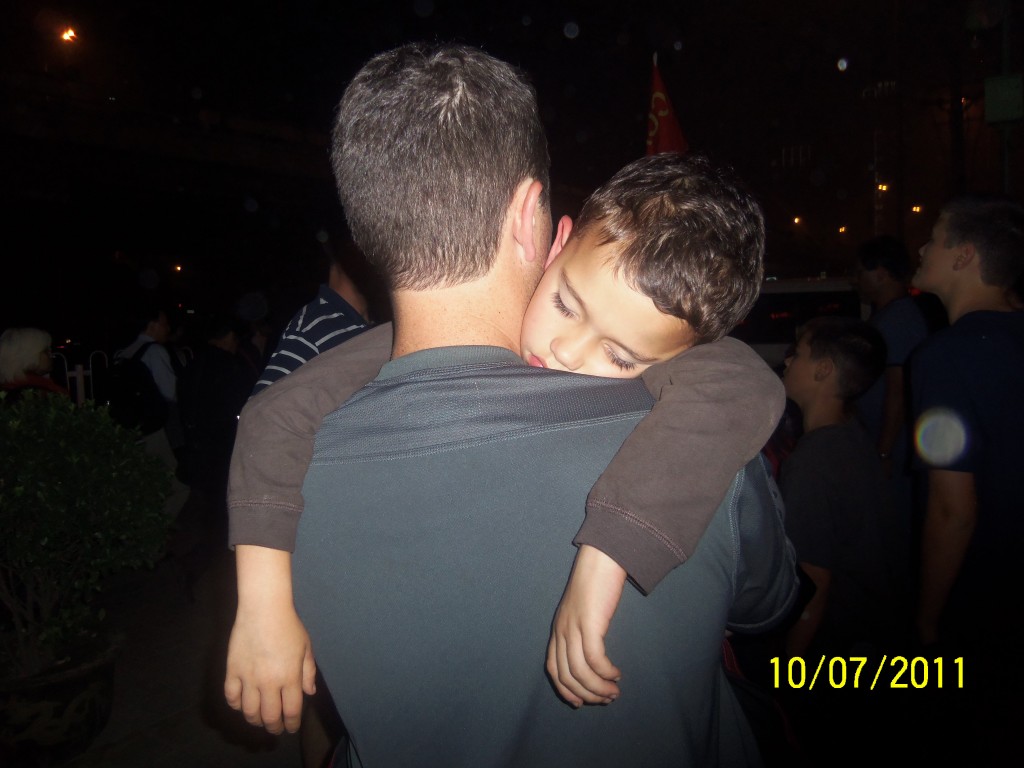 Throughout these days of touring, our babies are never far from our minds. It has been wonderful to talk to other adoptive families and hear about their experiences during the wait. Today we will fly to Henan, and we will be so close to our Hannah Min. My stomach is definitely turning in anticipation and excitement. I can’t wait to hold her in my arms!!

6 Responses to The Great Wall