Today we had a small tragedy for the males in my household.  D broke the iPad.  There is really no defending him; the iPad froze, so he punched it.  Surprise, surprise the glass shattered.  Sigh.  Oh this guy.

I told him that he was going to have to tell his dad. The tears started.  And kept on going.  And going.  He finally fell asleep on the couch after saying several times, “I don’t want Daddy to make me go live in a different house!”.  I assured him that this wouldn’t happen, but he couldn’t believe me.  Finally I made him call his dad, to try to put an end to his misery.  I have to give my husband credit here. He handled the situation well, and responded to poor D’s feelings rather than his action.  I love him a little more for that.

D was relieved for a little while.  Then I reminded him that he still had to tell Z.  Oh the anguish this poor guy was going through.  He knows how much Z enjoys playing games on the iPad, and with as much as he adores his big brother, he couldn’t bear the thought of upsetting him.  He sobbed in the car on the way to carpool, and couldn’t even speak when Z got into the car.  Luckily Z has a kind heart, and he also responded to D’s feelings with understanding and forgiveness.  It was a wonderful thing to see.

When we got home and Z saw it for himself though, he simply squeaked out, “My baby!”.  Like father like son. 🙂 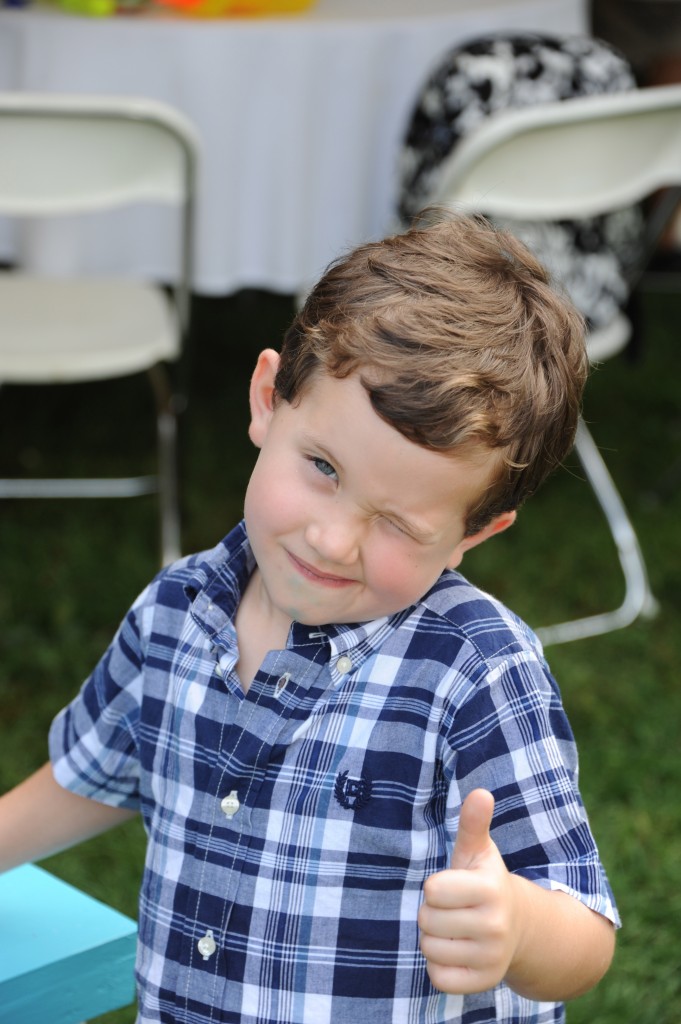 It's a good thing he is cute! Who can be mad at this guy?

1 Response to A small tragedy