Yesterday morning I was making lunches for the boys to take to day camp.  The little guy was helping me, apparently a little too well.  That night, my husband took out the cheese for some cheese and crackers.  Here is what he found: 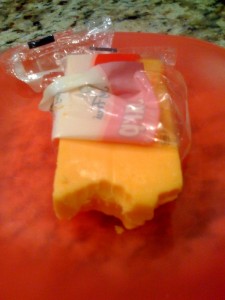 On another note, Z has been badly needing new sneakers.  He has always had some opinions on what kind of shoes I bought him, but these usually were, “I want the spiderman kind that light up”.  This time, however, he told me, “I want ‘Sketchers’.  They are SO cool!  They are on TV!!”.  Oh no.  I was initially taken aback at what a “mature” request this was.  Later, however, he made me feel a little better.  He told me that he was pretty sure that superheros wear light-up Sketchers, and that he was thinking he might actually be a superhero, he just hasn’t discovered his powers yet.  I was so relieved that he really is still five.  I bought the Sketchers. 🙂

Z has really been into bargaining lately too.  The most recent thing has been when he is wanting to watch TV, and I have said no.  He will turn to me and say, “PLEASE, Mommy!  I will say, ‘I love you'”.  Then he tries to up that with “I will say ‘I love you’ AND give you a hug!”.  Hmm, not taking the bait on that one. 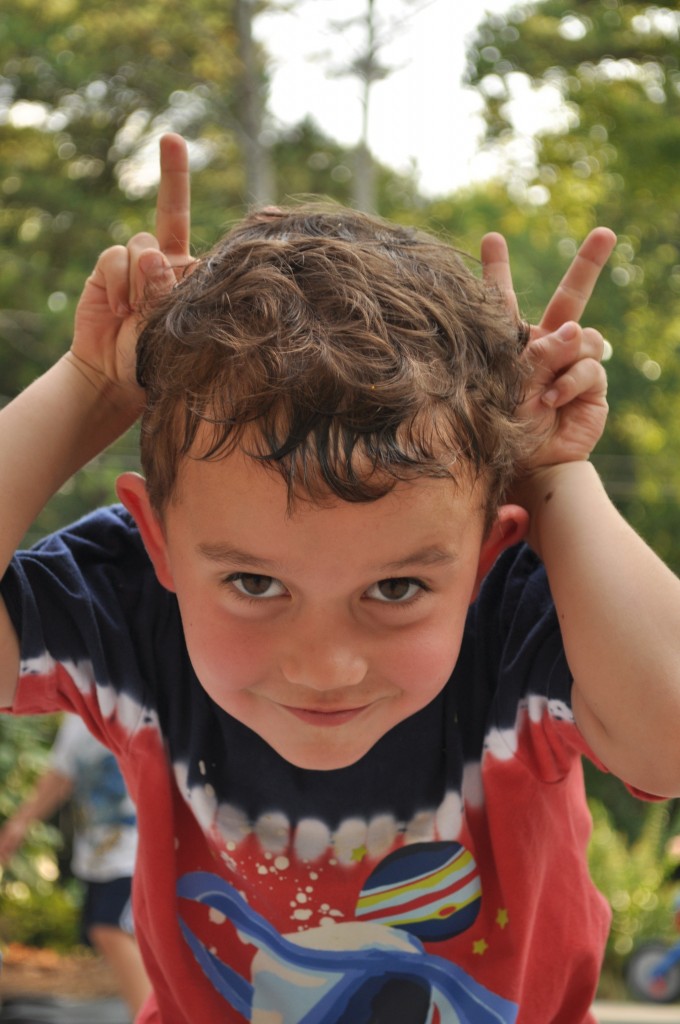