When we first decided on this monthlong trip we thought it would be great to take advantage of visiting a few “nearby” cities. After being here in Edinburgh, we decided that we actually wanted to stay here for the most part, so that is what we did.

Paris was high on my list of cities that I wanted to see, however, so we decided to make that one happen.

Paris is a story of if it could go wrong, it did. Let’s start with our first day. First of all, to get the best price on flights we took the 5:55 am flight. This meant that I had to wake the kids up at 3:30 am. Really not the best start for a trip. Still, we were excited and had high expectations for our days in Paris, so we were ready to go. 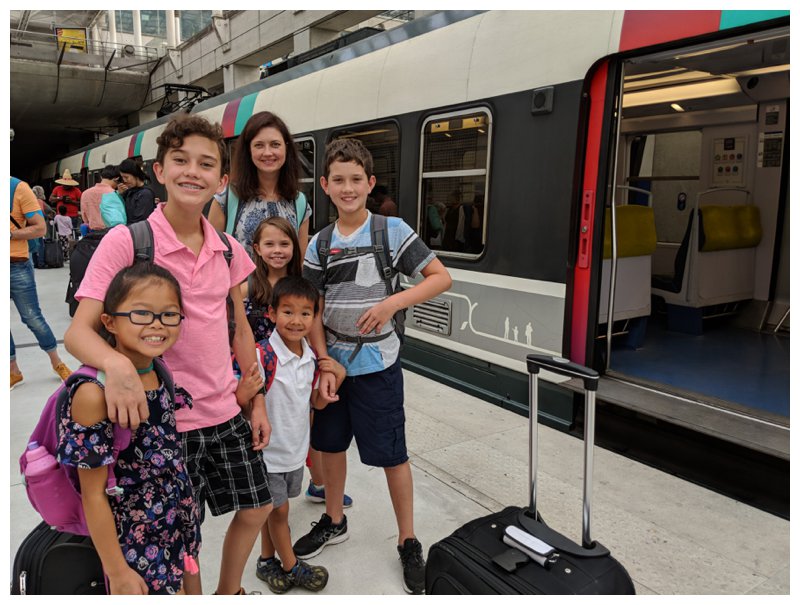 After a couple of weeks in Edinburgh, we felt comfortable with public transportation. We have frequently used buses and trains, and it has been easy to navigate and overall a great experience. Those feelings did NOT transfer to Paris. We had two tired adults, five kids, and several pieces of luggage through the Paris airport, onto an extremely crowded train, to our train station that we had carefully researched to start us on our first full day. Snafu number one- this train station didn’t have luggage lockers.

Get back on train to backtrack to another train station that has luggage lockers. Walk approximately a mile and a half in this train station to find luggage lockers to be told they were “out of order.” Start internally panicking and begin walking away when they fix the problem after all. Oh good, maybe out luck was turning. Nope.

We now are too far away to walk to the Eiffel tower, which was our original plan. We decide to go the most reliable route and take a taxi from the queue. Of course there were no taxis that would fit 7 people, so we have to divide into 2 taxis. No problem we think, we are going to the same place and we will be just fine. For the first 3/4 of the trip our taxis were able to follow each other. We reached a traffic light, however, and one taxi made it through and the other didn’t. I don’t panic as I reach in my bag to grab my phone to keep track of the others.

That is when I realize I left my phone in one of the bags in the locker in the train station. I am starting to panic a bit at this point, mostly because I know my husband is going to kill me. I try to reassure myself that we will be going to the same place so it will be okay.

After an incredibly long ride I arrive at the Eiffel tower with three of the kids and look around for Jeff and the other two. No sign of them. We walk up and down paths on 3 sides of the tower. Nope. There is a line about 400 people long, so I have the kids go ahead and get in line while I look around some more. Still no luck.

I think surely if we just wait in the line for a bit that they will find us. I ask everyone around us if there is another entrance, and I’m assured that there isn’t.

Finally we are at the front of the line. At this point we have been there for what feels like hours. I am in total panic mode now. I start frantically asking if the people around me are Americans. I found several and asked to use their phone. At first, no luck, they didn’t have service.

A nice man from China heard my pleas and offered me his phone. We both tried and tried but couldn’t get a call to go through to a U.S. number. Finally I begged another American couple again to just let me send a text. They said they didn’t have a text plan but I could iMessage someone. Only problem- Jeff doesn’t have an iPhone. Sigh. Still, I use the opportunity to text both of our mom’s and ask them to get the message to Jeff. Unfortunately it was so early in the U.S. that both of our moms were still asleep. We are now at the very front of the line and just having to let people go in front of us.

Zac then offered to walk the path a little bit and look. Against my better judgement (let’s face it, there was only panicked judgement happening at this point) I let him do that. Shortly he came back with Jeff and the other kids. The relief I felt at this point was only dampened by the look on Jeff’s face when he oh so calmly asked me about my phone. Turns out that his taxi dropped them off on the main lawn, and he was pacing back and forth looking for us.

Finally we are together and think we can finally get our tickets and go in. Surprise!  That line that we waited in for so long was only the line for security.

We had 3 things planned for our day in Paris. At this point we go ahead and say that we can never make it to all 3 now, so decide on doing the Eiffel Tower and Sienne River cruise. 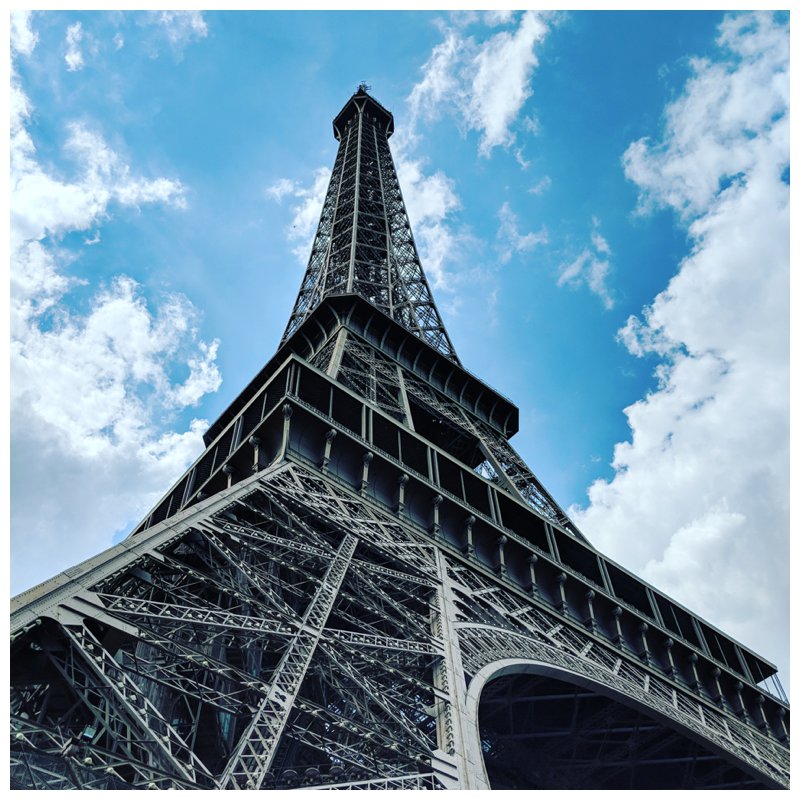 Despite everything, I was pretty excited at this point. We were actually there at the Eiffel Tower!

We are desperately hungry, so we grabbed some food from the vendors at the bottom of the tower. Shortly we decide that we need to get in line ASAP (I forgot to mention that I wasn’t able to prebook tickets online, but that is a different disaster story. Public service announcement: if you are going to the Eiffel Tower, ALWAYS prebook your tickets!) It appeared to be a long line, but fortunately we didn’t really realize how long it was. After about an hour into the wait we seriously considered walking away, but I argued that we were too invested at that point. Did I mention that it was about 95 degrees?

Finally, finally, it was our turn to get in the elevator to go into the tower. The plan was for Jeff and Zac to go to the summit, and me and the others to go to the second level. As we buy tickets we find out that the summit is closed. Of course. 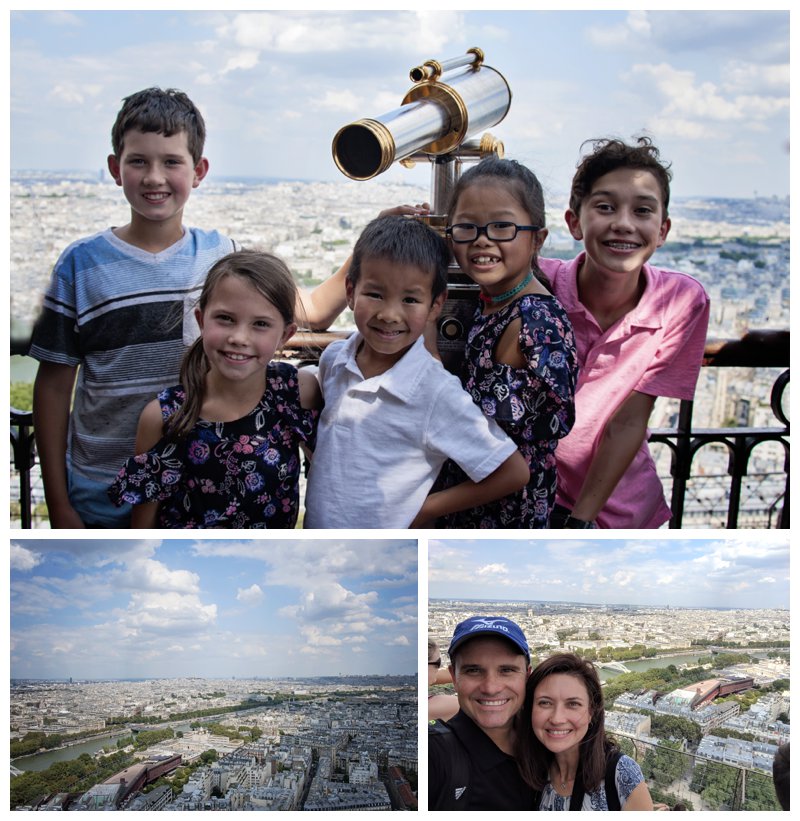 It was spectacular of course, but everyone was hot and exhausted. By the time we got back through the line to go down the tower,  found two taxis again, had the scariest taxi ride of my life, and made it back to the first train station to retrieve luggage to then go to the second train station for the next leg of our journey, our entire day was spent and the only thing we saw in Paris was the tower. Oh well, you have to see the tower, right?! 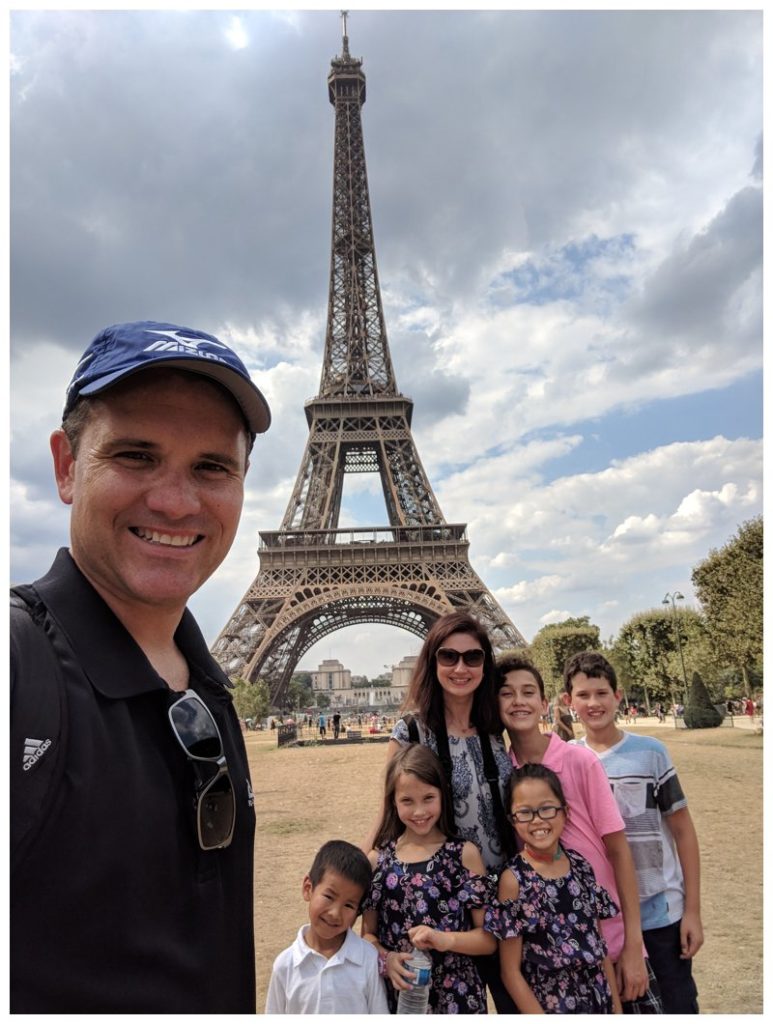 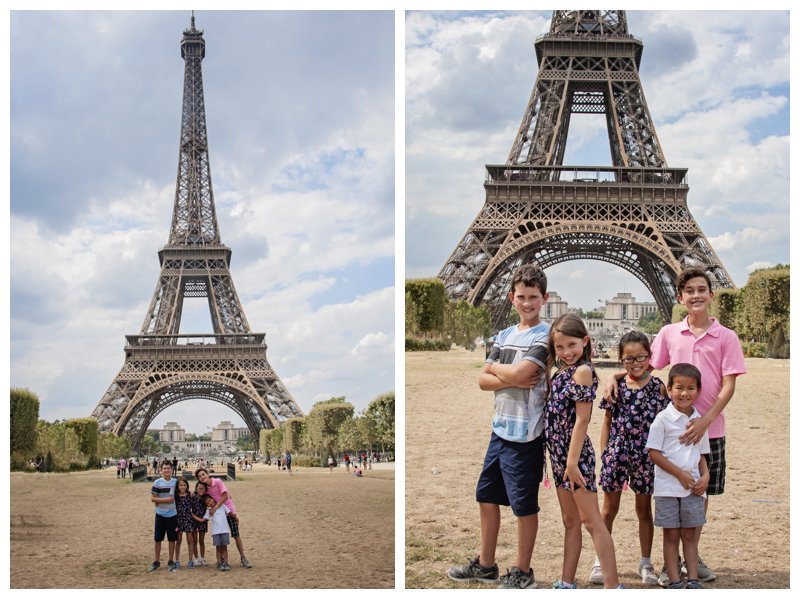 We had to rush because we had our big surprise for the kids- Disney! We didn’t tell them until we reached the end of the line on the train which was Disney Land. They were thrilled, and after the chaos of that day, we were thrilled to be in the peacefulness of Disney too! 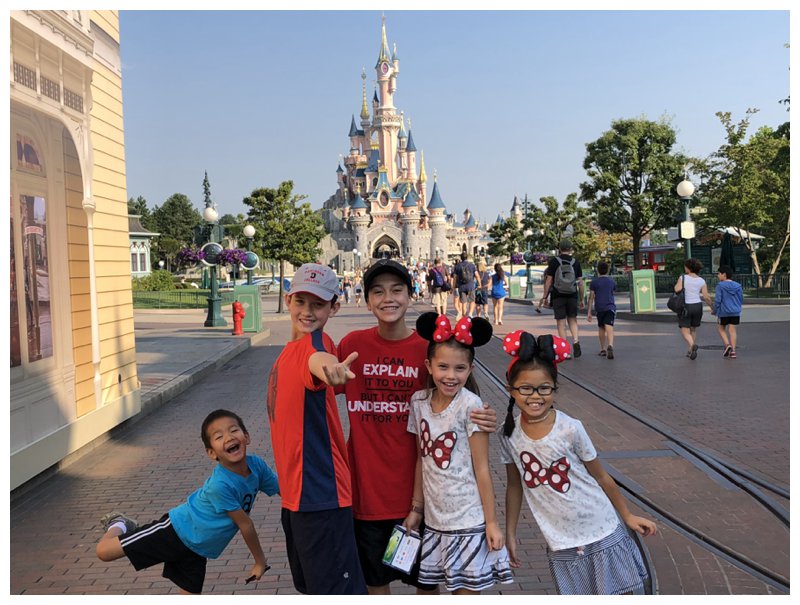 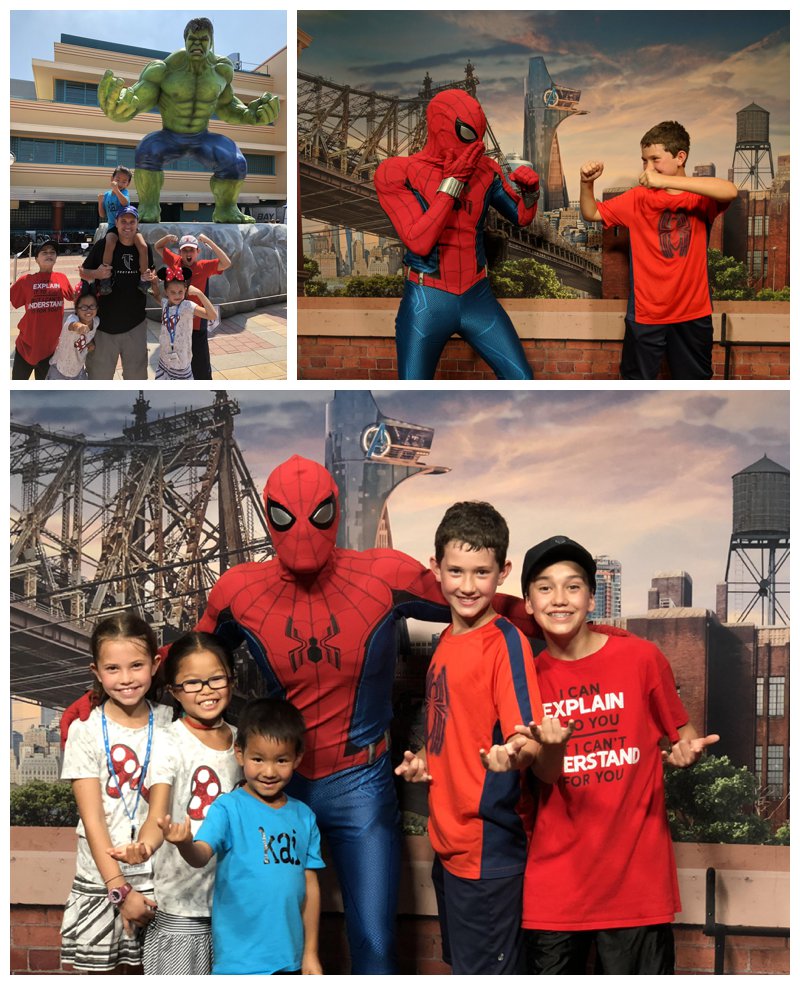 We spent two days in Disneyland, enjoying the Marvel events that were happening this summer. 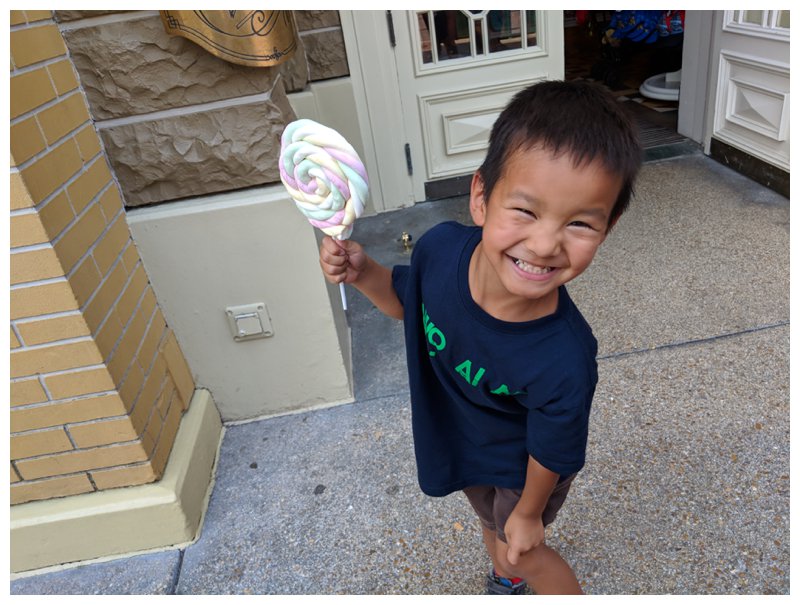 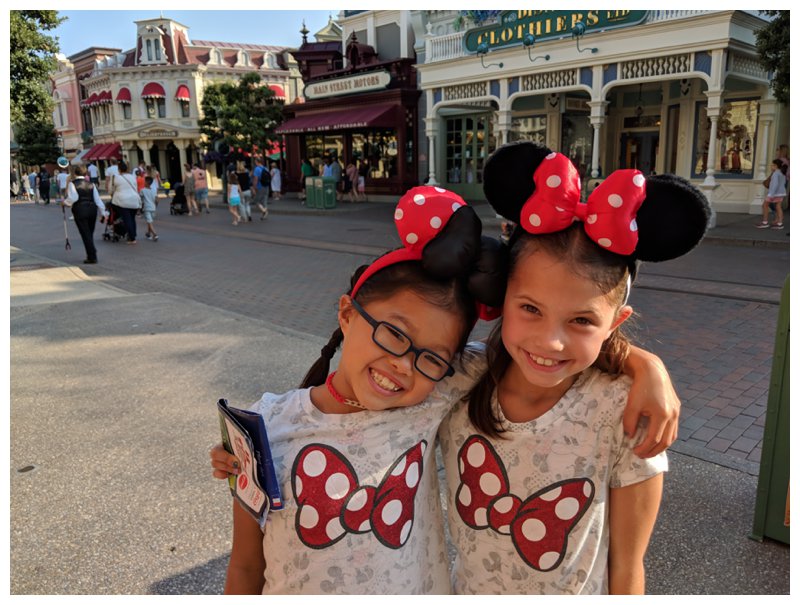 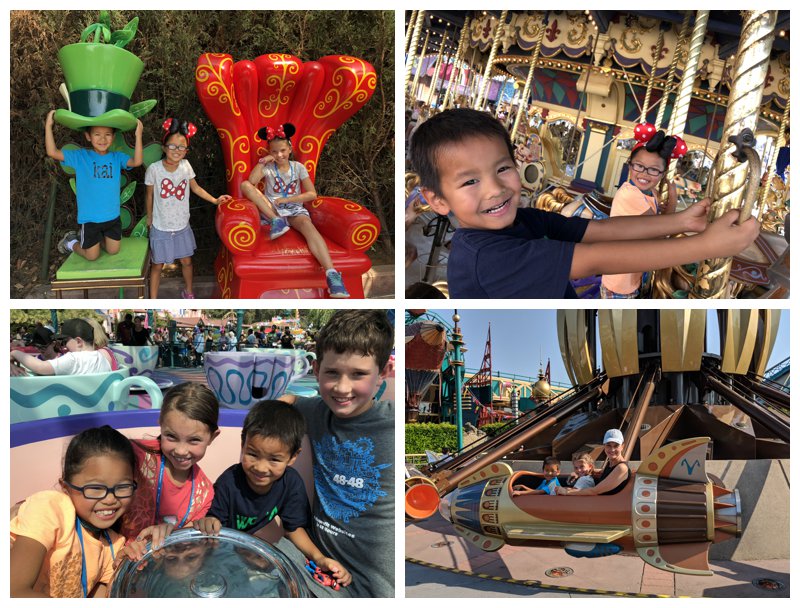 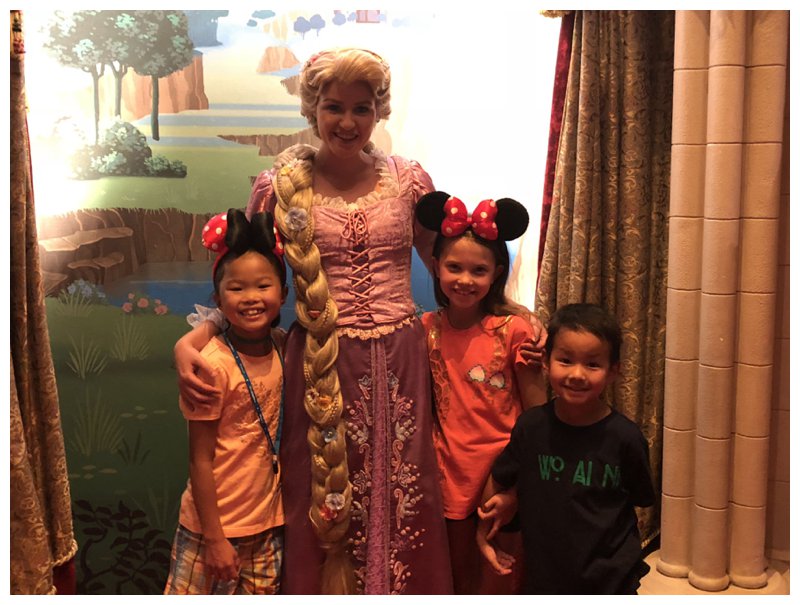 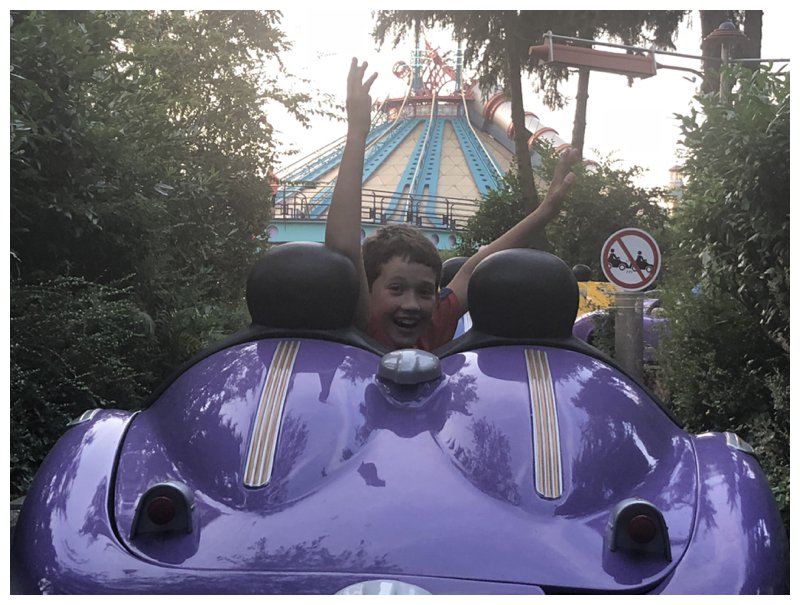 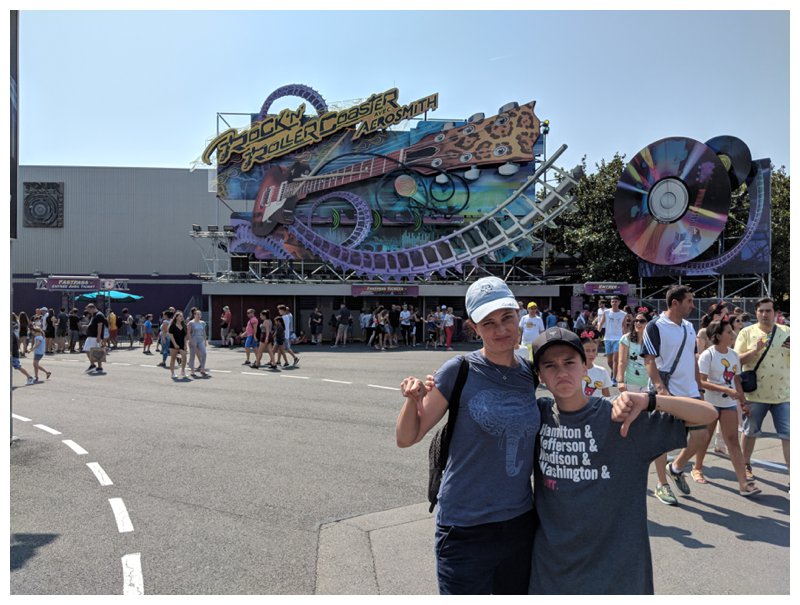 Still, we were happy. Kids were happy. Kai was amazing and showed his contagious enthusiasm for everything we did, which was perfect.

Finally it was sadly time to go to the hotel by the airport where we would catch an early flight the next morning. We decided to book the TGV this time, which would make our return train trip much faster than the one that brought us to Disney. Or so we thought.

We arrived at the train station at 8:30 for our 8:55 train. The actual train ride was supposed to take 10 minutes, getting us to our hotel at a decent time.

We are first told that our train was delayed 15 minutes. Then 20. Then 40. Then an hour. Then an hour an fifteen. At this point they stop changing the board and we wonder if a train is every coming. Apparently no one actually works at the train station at night so there was no one to ask. The kids were tired and hungry, and frustrated that we could have had longer at Disney. 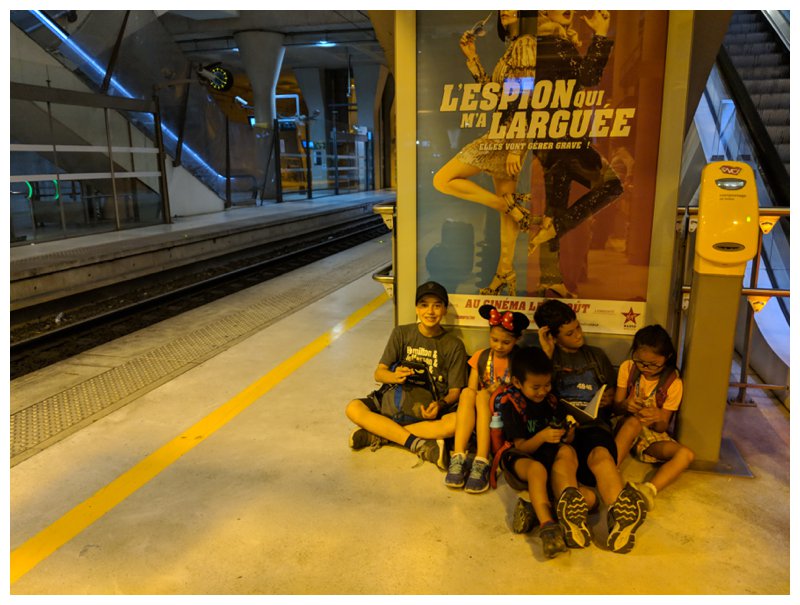 FINALLY at 11:00 our train arrives. We make it to the Paris airport. Walk the mile and half to where we can ride our shuttle to the hotel. Make it on the very last shuttle of the night. Arrive at our hotel at a bit past midnight.

No problem, we just have to leave our hotel at 5 am. That was an expensive 5 hours.

The next morning we are completely ripped off by our cab driver. Have ridiculous bad luck trying to check in at the not working kiosks. Finally find where there are actual employees working, get checked in, and give a huge sigh of relief as the plane touches back to the ground in Scotland.

I’m glad we went. It was a great adventure and the kids loved it, but I’m also thinking that next time I might just skip Paris…