A Puppy- that is what we needed

That seems to be the most frequent response when people hear that we got a puppy. “A PUPPY? That’s what you needed!”

I understand this response. We have five busy kids and a dog already, and everyone knows that puppies are exhausting. What were we thinking?

Honestly, we were thinking that our boisterous but loving crew could handle the expansion. 🙂

Years ago when we had 2 dogs we said that we never wanted to have just one dog again. It is good for a dog to have a companion. So with that, we began our search.

I took the kids to every rescue organization that I could find. I took them so many times that they didn’t think it was fun anymore, because they no longer believed that I was actually going to choose a dog. They kept asking me what exactly I was looking for, and I had to keep telling them that I wasn’t sure, I just knew that I would know the right dog when I saw it.

Finally we found a dog that fit most of what we were looking for. This mostly meant that he would remain small but still had the potential to be a dog that could run with our lab. He also touched my heart. He was a terrified little thing. When I picked him up his whole body shook and shook. He had a sign on his pen that said that he needed to go home with a particular stuffed fox. A staff member told us that he had been so scared when he arrived at the humane society that he just stayed in a corner curled up in a ball. One volunteer brought that toy in for him from home and he immediately seemed happier. He bonded to the fox and then started coming out of his shell to interact with the staff.

We decided he was the one for us! 🙂 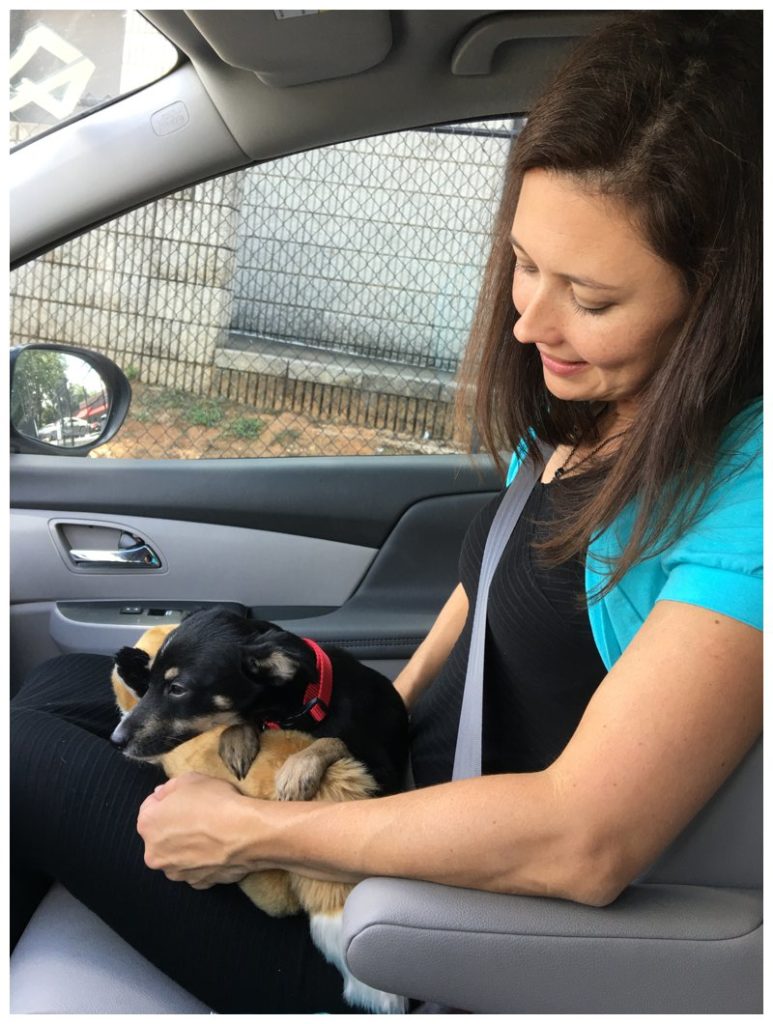 In the next couple of days we found out that he had a tough beginning to his life. He had a skin infection, worms, and a bacterial infection. He had been overridden with fleas so badly that his hair was thin in several places. The vet said that he almost certainly had been living on the street. He also ended up in  a shelter over 4 hours from here and then was relocated. The poor little guy. That is a lot for a 4 month old puppy.

Amazingly, his fearfulness only lasted that first day home. It was like he immediately knew that he was safe now, and he was so happy.

I have to say, I am so happy we made this move. This little guy has fit right in like he belongs here. He has bonded well with Clover, and he is completely patient and tolerant with children handling him most of his waking hours. He is playful and sweet, and seems to be picking up the rules pretty fast. (We are still working on that sleeping all night thing. He really seems to like 3:30 in the morning).

Fletcher, I’m so glad you came to join our circus! 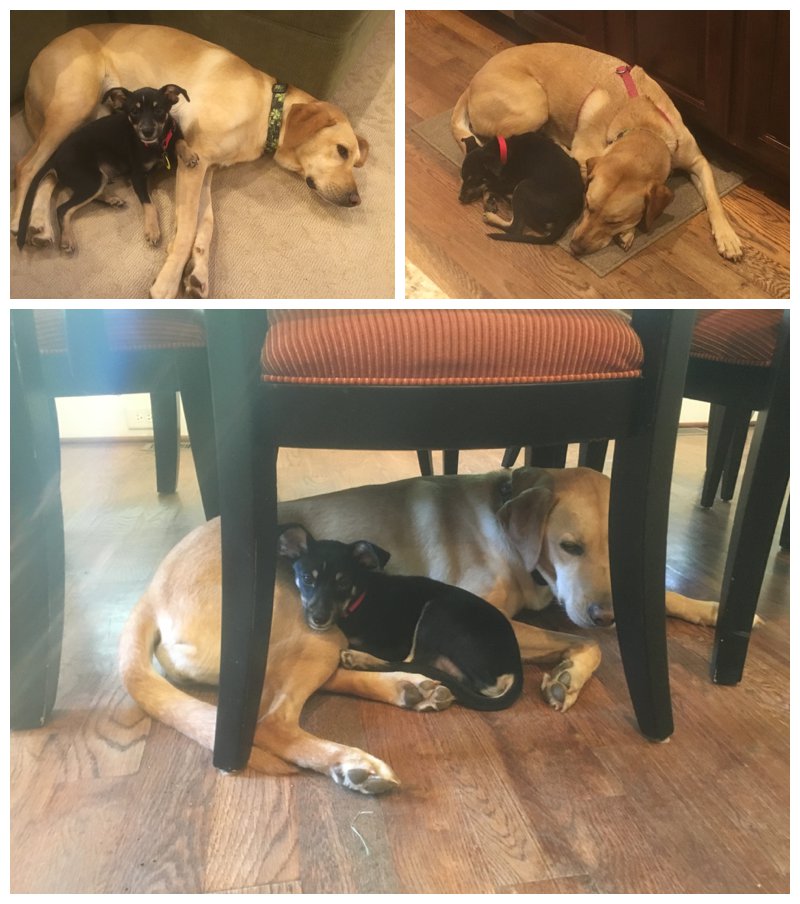 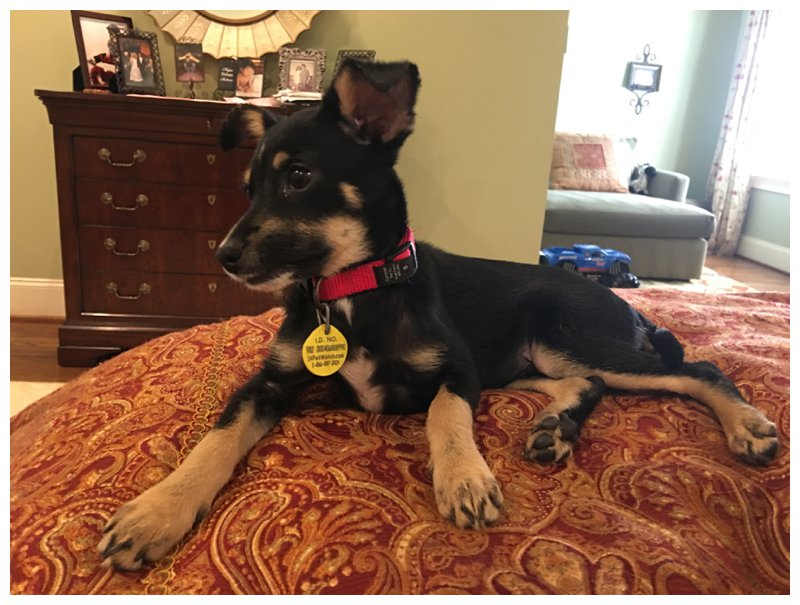 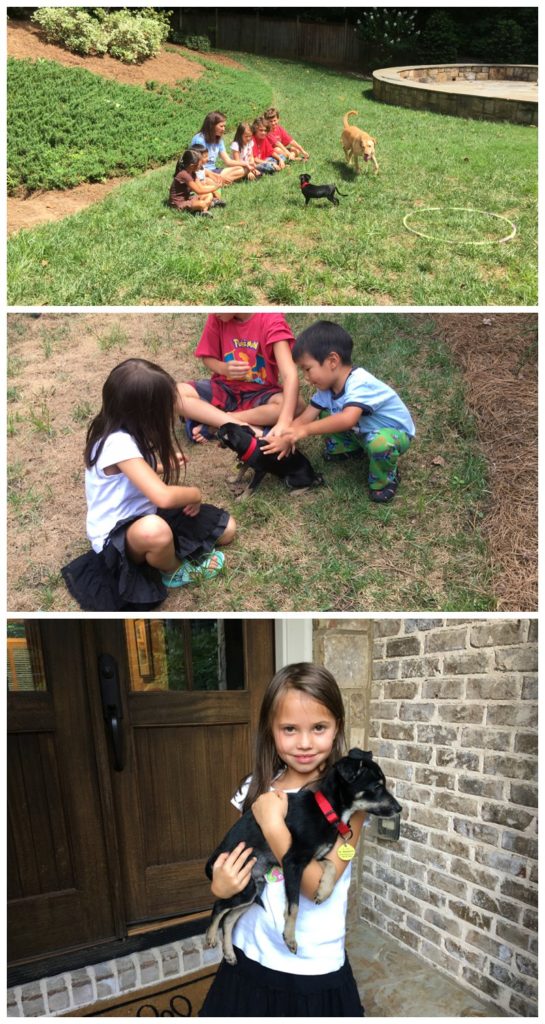 3 Responses to A Puppy- that is what we needed