I haven’t gotten into Kai’s medical needs much on this blog. For one thing, I am just now really coming to understand them myself. For another thing, I just didn’t feel like I wanted to talk about it.

Kai is such a sweet soul.  He is sensitive, and happy, and loving, and we are thrilled that he is now a part of our family. But he does have some involved medical needs involving congenital malformations of his urinary and bowel systems.

The positive thing that came out of this poor care is that his ongoing needs brought Kai to Little Flower. At Little Flower he was given wonderful care and love for the 2 1/2 years until we could bring him home. I will be forever thankful that his path took him there.

The poor guy had to have several other surgeries during his time in China. We really didn’t know what the situation would be when we got home and saw specialists here in America.

Luckily I found a wonderful group of been there done that moms. Outside of doctors themselves, you will not find a more group of involved and educated people than moms of children with a medical need! These mamas told me in no uncertain terms that I needed to see the absolute specialist, who is in Columbus, Ohio.

When we started the adoption process, it never occurred to me that we might have to travel for medical care. We live in a big city with premier children’s hospitals after all. But you do what you have to do for your child, and in this case that meant getting on an airplane for 3 days of extensive, invasive testing on our little guy.

It was so worth it. We got extraordinary care by specialists who had this down to a science.We had to see several specialists, but they collaborated the entire time, always taking the whole picture into account. I felt totally at ease that we were in capable hands.

And now the unknowns are known, which is fantastic. We got some mixed news. On the not so great end we found out that Kai only has one kidney, and that he has some signs of a tethered spinal cord that will have to be followed by a neurosurgeon. We found out that his bladder may never work correctly on his own, but we just don’t know yet.

On the bright side, he will be able to have some initial surgeries here at home. Our next step is to go meet with the surgeon to plan that out. A while after that we will travel back to Ohio to have a re-do of his colorectal surgery that was done in China. At that time he will also have a device put in behind his belly button that will allow us to flush his colon once a day.

It is a lot. But at the same time it isn’t a lot. We can handle it, and fortunately we have a support network of family and friends that make it possible to take care of all 5 of our children.

At the end of the day it is all going to be okay, which means that we are counting our blessings for sure. 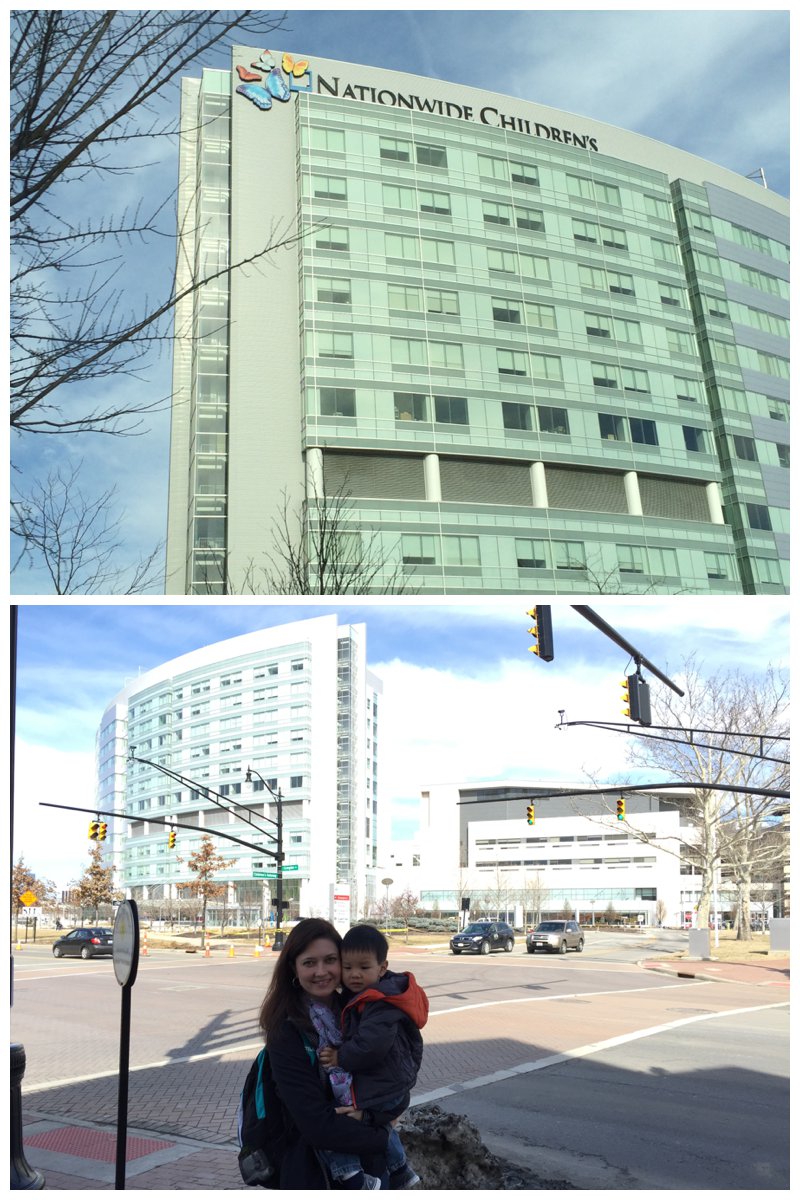 Getting ready for scans.

Poor guy did not appreciate having his blood drawn.

Luckily he was a champ with anesthesia. He woke up happy and sweet as can be. He made some fans out of his nurses, that is for sure. 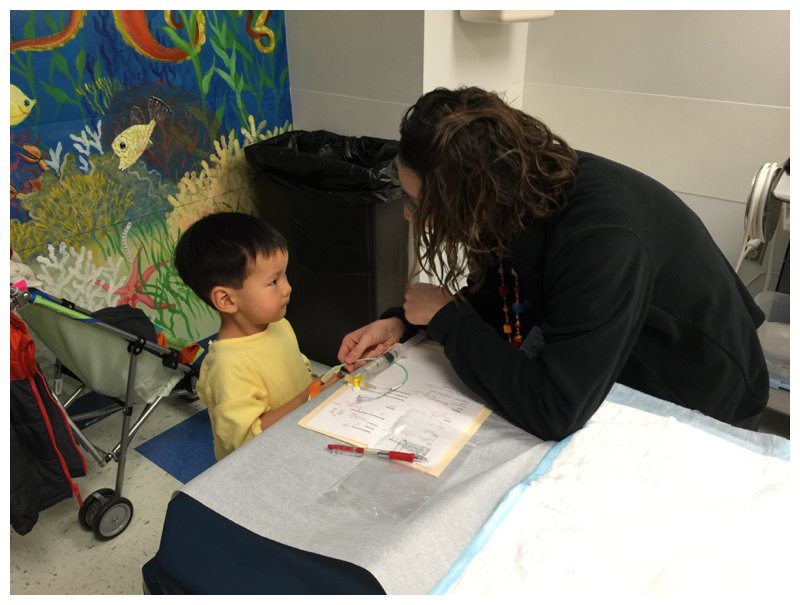 You are going to do WHAT with those tubes???

The two heroes we were there to see!! 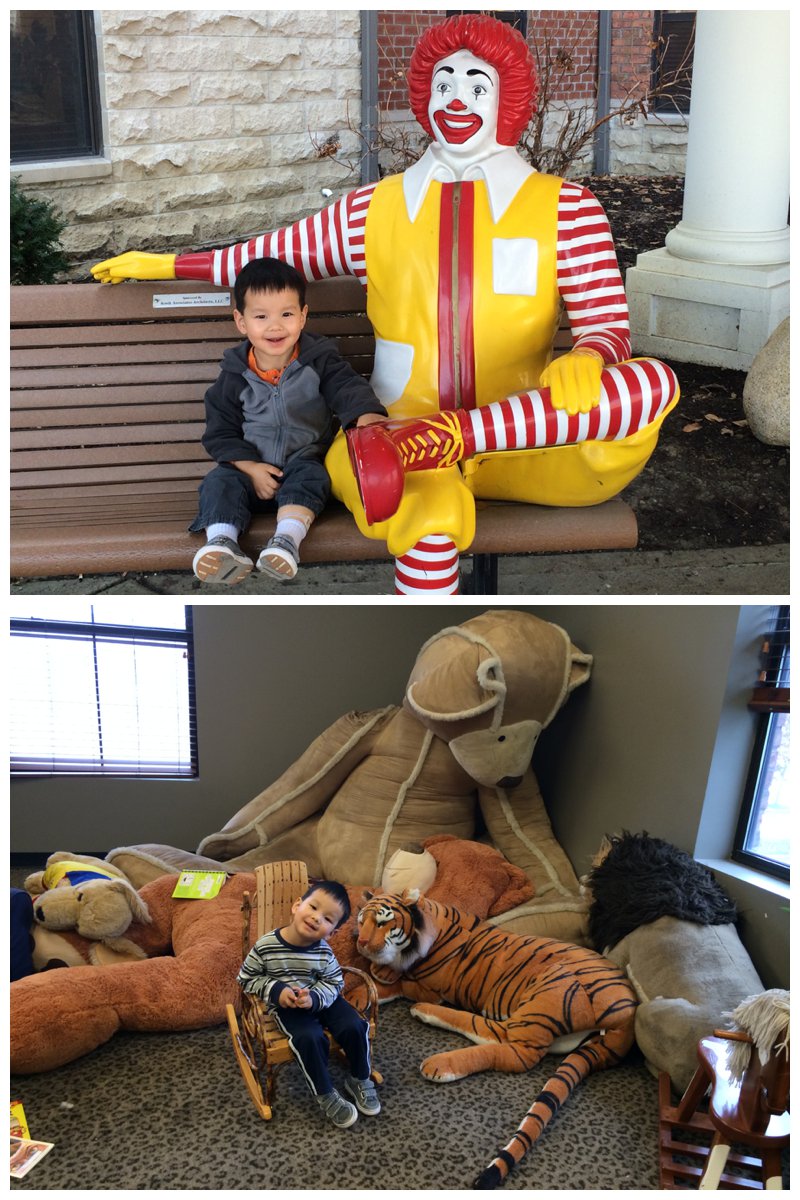 We were able to stay at the Ronald McDonald House. It was an incredible experience. 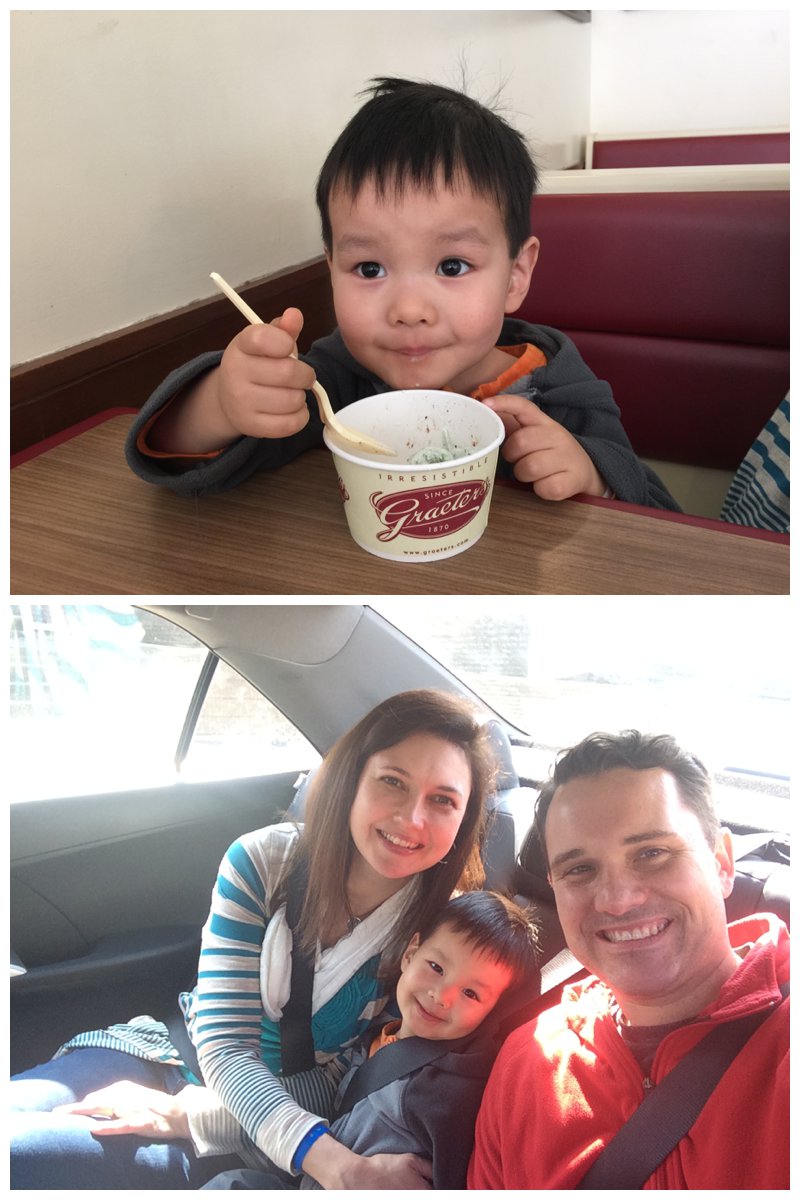 We all earned some ice cream by the end of our trip!

One aspect of the trip that blew me away was how much Kai has changed since he first came home from China. When we first came home, he was TERRIFIED of doctors. He began screaming at the first sight of an examination room, and did everything he could to escape from doctors and nurses trying to examine him. This time, although he had some moments of being scared or upset, it was a normal reaction. He was able to calm down with us there beside him, and he was confident enough to make friends with the doctors and nurses. I think he just overall feels safer. He knows that we are going to take care of him.  And we definitely will.