Posted on September 3, 2010 by ehilimire

I have a lot of friends whose children started kindergarten this year.  Most of them started weeks ago.  Many of them posted facebook statuses about how hard it was to let them go.  I empathized with them, and took a minute to think about my own baby boy going to kindergarten.  Then the weeks dragged by, and yesterday was finally Z’s first day of school!  Probably since he is not yet going to a new school with “big” kids, it didn’t feel like the huge moment that many people make it out to be.  Instead,  I felt excited, thrilled, etc., to be putting this summer behind us, and moving into the more predictable rhythm of school days. (I feel sure the tears will come next year when he changes schools!)

Z had a great first day.  When I picked him up, he said that it really wasn’t too much different than last year.  Then he told me that his good friend told him that he had the sweetest Mommy.  Aww.  Z was so proud and happy that his friend thought I was sweet, which completely made my day! 🙂

He was also the one in his class who found their snacks by solving a treasure hunt, so the day was definitely a success! 🙂 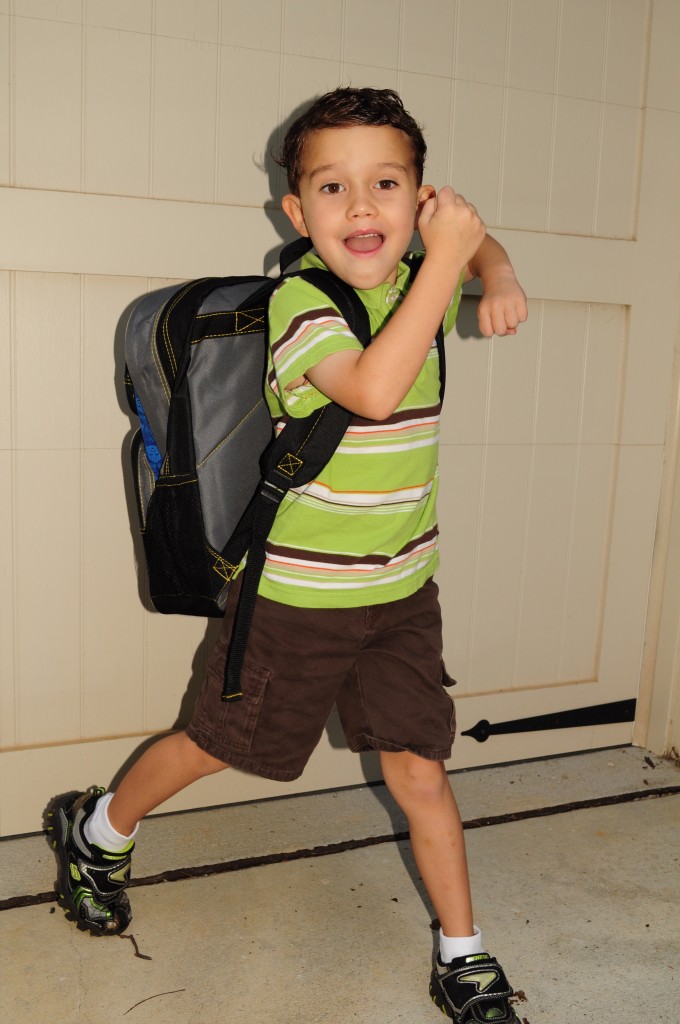 D is only going to school three days a week, so he was home with me yesterday.  I thought he might miss his big brother, but no.  As soon as Z got in the car, D told me, “Okay, now we are going to go do puzzles, watch one Little Einsteins, play train track, and then play Buzz.”  Wow.  I guess he has been waiting for his turn in line with me.  Poor middle child. I let him choose everything we did yesterday, but it might be tough when he realizes that sometimes I actually have to do other things besides playing.  Unfortunately. 🙂 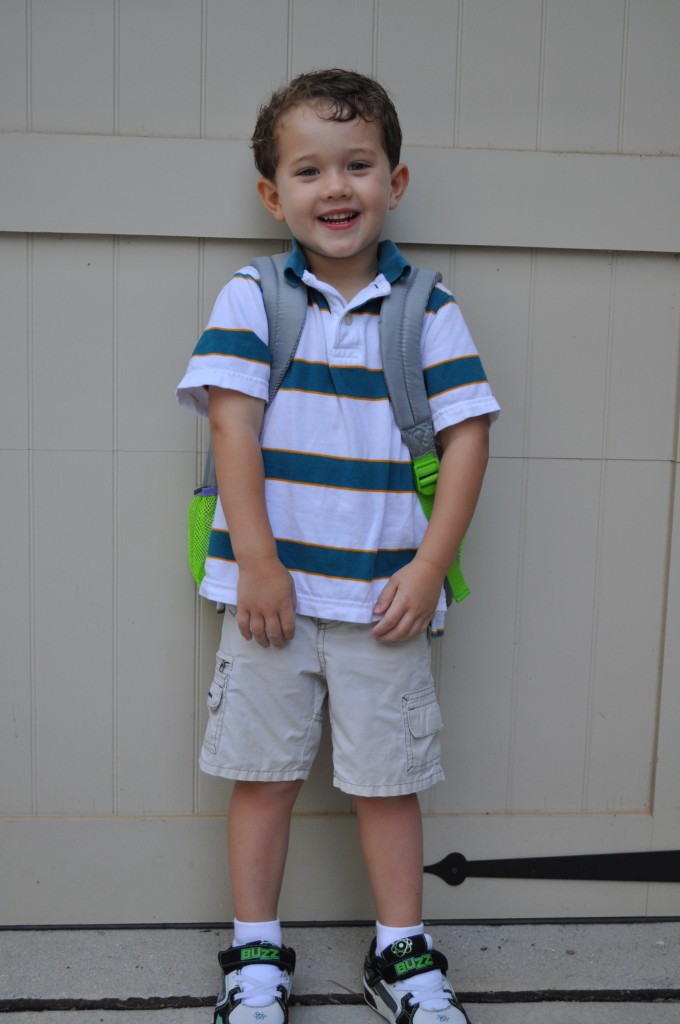