The last few weeks of school we started getting consistent reports from the little guy’s teacher that he is a “ladies man” at school.  One of his teachers’ quotes was, “he really knows how to take care of the ladies”.  She said that he likes to put his arm around them, walk them into the class, and “give them those big blue eyes!”.  Yikes, this guy is 3!  What are we going to have on our hands at age 16??

Shortly after this report, his teacher put him into the car and said, “Well, D was kissing today”.  Whoa.  I really wanted to laugh, but I also thought that I better take the mom role and tell him that kissing is not allowed at school.  I attempted to do that, and he looked at me in all seriousness and said, “I didn’t kiss her.  She kissed me.  I didn’t like it, and I did NOT smile.” Well, what is a guy to do, I guess.  I decided to let that one drop until the very next school day when I was told that he was kissing again, only this time a different girl.  Yikes.  Still, his story didn’t change.  “Mommy, she kissed me on the head.  I didn’t like it”.

A short time later, D told me that this second little girl is his “princess”.  Oh my. 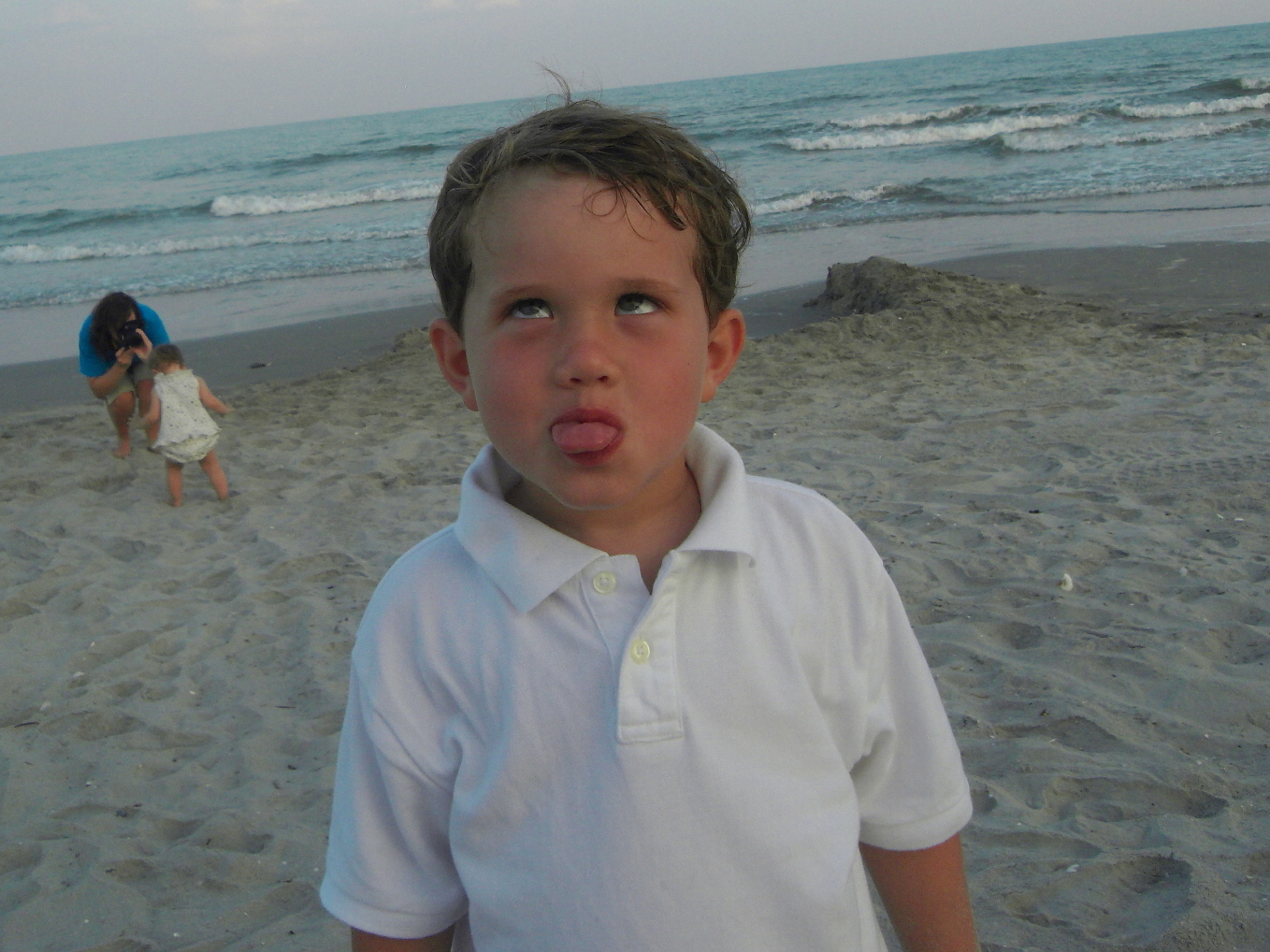 His two teachers told me they have a bet going that he will marry another girl in the class. I think this is mainly because he looks at her adoringly and does whatever she wants him to do.  What every good marriage is made of.